Celebrating: Should it be penalized? 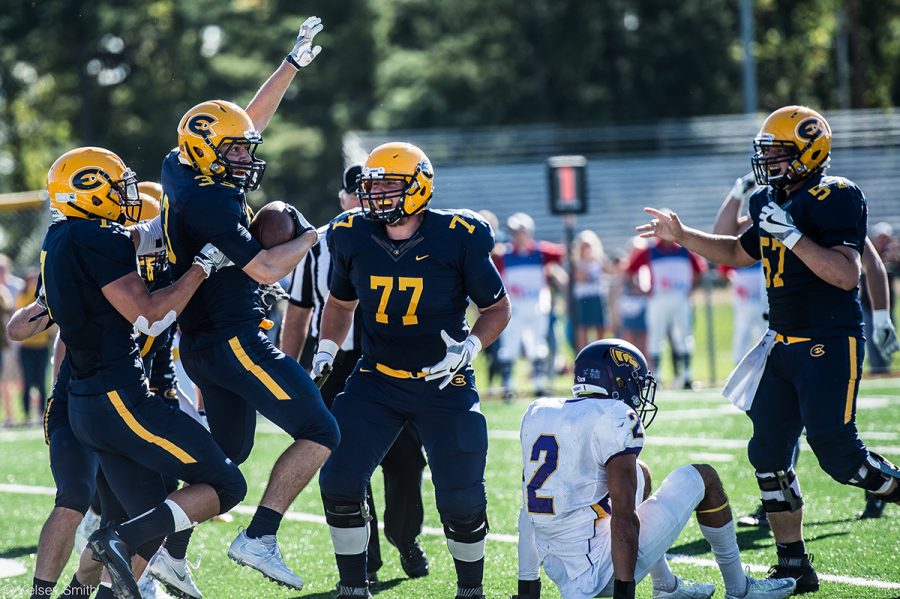 Celebrating an accomplishment on the playing field has developed into a negative thing in many sports.

Celebrating a job well done is usually acceptable in most aspects of society, but not in the NCAA.

According to sportingcharts.com, unsportsmanlike conduct includes taunting, excessive celebration after a touchdown, contact with an official or fighting with an opposing player. The last two reasons make perfect sense (due to physical contact), but what about celebrating or talking trash warrants a penalty?

Spiking the ball after a touchdown, doing curls on the goalposts, talking trash to an opposing player, doing elaborate touchdown dances and much more all now warrant a 15-yard penalty in the eyes of the NCAA, but many people don’t know why this came to be.

The NCAA needs to maintain their squeaky clean image in the public’s eye in order to preserve their sponsors and continue to generate millions upon millions of dollars in revenue.

With players doing things that the NCAA view as “unprofessional,” they worry that these fans and sponsors may be turned off by these self-promoting displays of joy. But, I don’t believe that all acts of celebration should be penalized outright.

I have looked far and wide as to why spiking the ball or dancing after catching a 70-yard touchdown pass should warrant a penalty, and I still haven’t found a sufficient reason. Those kind of celebrations are harmless, and they sure don’t turn off the average fan watching at home. I believe that this penalty was implemented after a few players went a little too far with it.

Screaming violent things into an opposing players face and taking five minutes to act out an elaborate dramatic scene (or as some call it, a touchdown dance), are both examples of things that should indeed be penalized. They take away from the focus of the game and extend the time. It is unnecessary, prolonged displays that end up giving all celebrating a bad name.

All the NCAA needs to do is loosen the reigns a little bit and let players have a little fun on the field again. When it looks like the players are having fun, the fans have more fun and spend more money (which is the entire reason why the NCAA started implementing the unsportsmanlike conduct penalty in the first place).

They need to not be the fun police, but rather penalize players when it is clear that they have “crossed the line.”

It may be difficult to define where that line starts and stops, but it is essential to the vitalization of many of the major sports in this country.

If the NCAA keeps showing that they don’t want their players to show any individual happiness on the field, I fear that the average viewer may go somewhere else for their sports entertainment. This could mean economic devastation to the NCAA and teams that it represents.