St. Olaf meet next week, first meet up against other collegiate groups 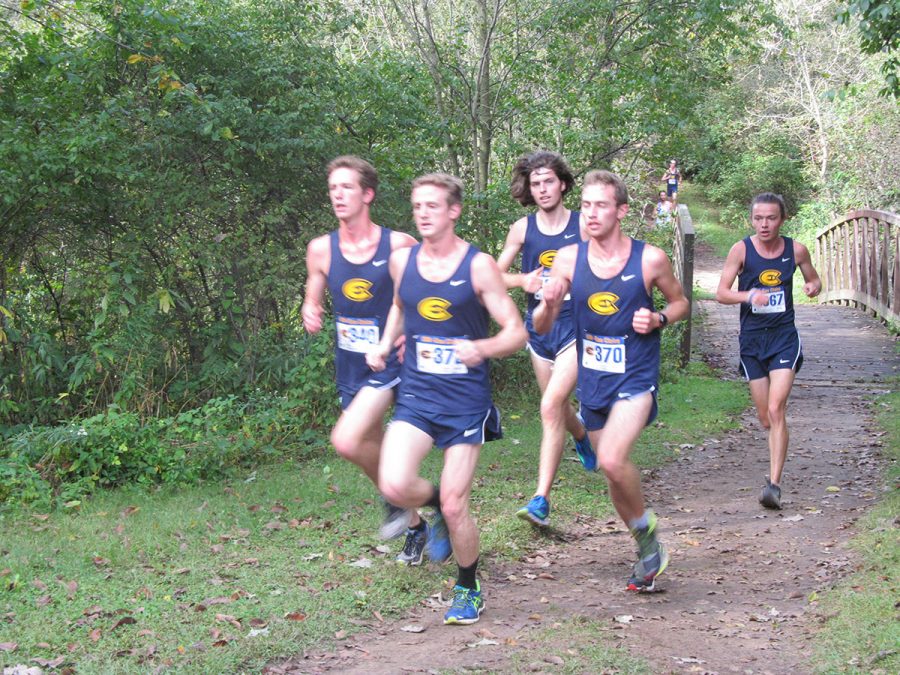 On a brisk Saturday morning, the UW-Eau Claire cross country team suited up for their first public appearance of the 2016 season.

Cross country alumni and current runners alike ran a 5K race together to mark the beginning of the 2016 season. About 30 former team members came out to Lowes Creek County Park to remember their time as members of the Blugold cross country team.

Jeremy Kieser, alumnus since the spring of 2013, has participated in the Alumni race for the past few years. A former All American, he ran all four years for the cross country and track teams.

“There is a lot of people coming back (for the Alumni Open),” Kieser said. “Now entire families and even new generations of runners come back.”

Although the team does not consider the alumni meet an official race, it is a beneficial workout for the team, said Dan Schwamberger, head coach for the men’s cross country team . There are a few people that did not run Saturday because of minor injuries, however, he hopes everyone will be back in racing condition by the Blugold Invite at the end of the month.

Schwamberger noted that Mel Becker and the packs behind her were very solid for the women during the run. For the men, Ryan Graham, Tyler Kobilarcsik and Kyler Lueck stayed together for the whole race as well, which Schwamberger said was very pleasing to see. The team focused on working together and staying in packs, and throughout the week, he said the team has been doing well.

Next week will mark the beginning of scheduled races, as the team will travel to Minnesota to race against 21 other schools at the St. Olaf Invitational.

Among the teams competing are the host school, St. Olaf, and the University of Minnesota Duluth, both predicted to be heavy competition, Schwamberger said, along with Minnesota’s St. Thomas University and Sioux Falls giving the Blugolds an “interesting match-up.”

“If we are doing things right, we are not going to run our best quite yet,” Schwamberger said. “No one is trying to peak in September, but I think it is a really good thing to get into that mindset and getting used to racing and getting comfortable.”

Female runner Lian Arzbecker said to prepare for their first 6K race of the season, the team is going to do tempo repeats, which consist of faster-paced runs to build speed. They will also be doing other general workouts like running hills.

“It will be neat to see where we are stacked up to other teams,” Arzbecker said.

Schwamberger said the first few meets will be like dress rehearsals where the team will prepare for conference and regional meets near the end of the season. The more the team enjoys competing, he said, the better they will do.

The cross country team will be back in Eau Claire for the Blugold Invite on Sept. 30 at the Whitetail Golf Course near Colfax, Wisconsin.