Intramural sports: A distraction or a nice get away from studying

Between 2,000 and 2,500 students at UW-Eau Claire play an intramural sport on campus 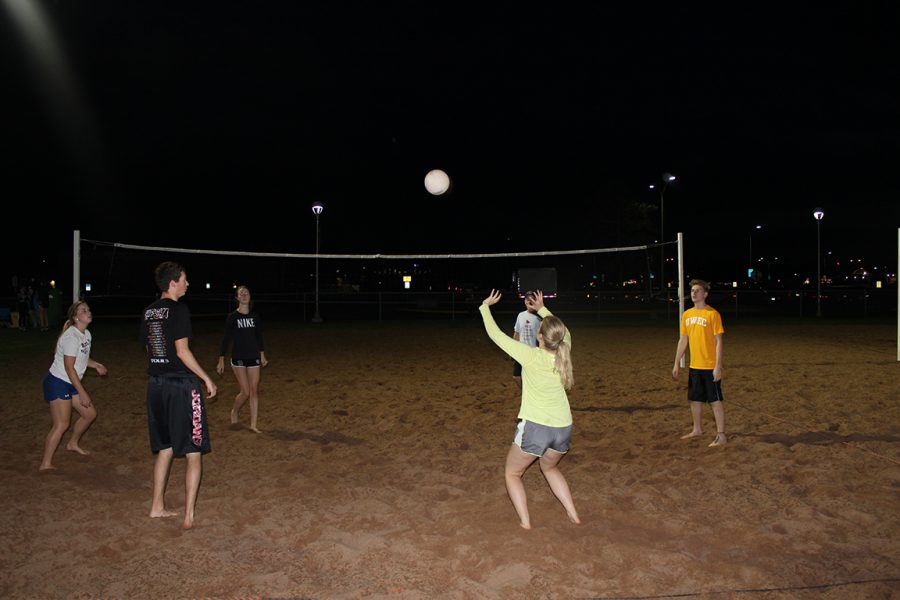 Team named “Sets on the beach” warm up on the Tower’s field sand volleyball court before their game at 8:00 p.m. on Tuesday.

For anyone who really wants to play a sport in college, but doesn’t have the time or commitment to play on the varsity level, intramurals may be the way to go.

UW-Eau Claire offers a handful of sports each semester for students who want to compete. For the fall 2016 semester, students can participate in sand volleyball, three-on-three basketball, flag football, soccer, softball, ultimate frisbee and tennis.

John Bollinger, director of intramurals for Eau Claire has noticed that co-recreational sand volleyball is the most popular sport students participate in.

All intramural games on campus take place anytime after 6 p.m. at the specific sport’s location just like games at the varsity level.

Since the games take place in the evening, there has been talk about whether playing intramural sports takes too much time out of the student’s study hours or if it’s a nice hour get away from the library.

Junior graphic design student, Emily Vyrostek, plays sand volleyball with a couple  friends on Tuesday nights. She said she enjoys the idea of having a nice break from doing homework to go play some casual volleyball.

“I think it’s important for everyone to get a break and get out there and be active,” Vyrostek said. “It’s nice having some spare time to relax and it’s a good stress reliever.”

Students can play on multiple teams or play for multiple sports if they desire. Bollinger recommends students participate in one to two nights a week for an hour. If students are playing three to four times a week, it may start to negatively impact their studies.

Between 2,000 and 2,500 UW- Eau Claire students play an intramural sport, which shows  how many students enjoy participating in these organized activities.

“It’s a great way to get yourself out into the campus community and interact with other students,” Bollinger said.