Clubbing at the top 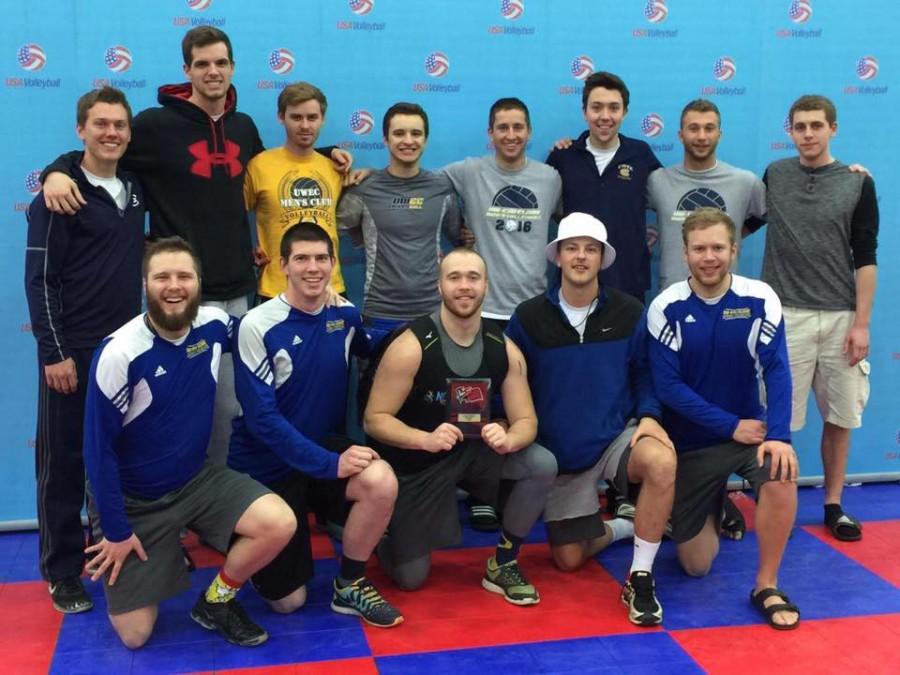 Some were out on the court looking for competitive play, others to make history, some considered legacy and some for the love of the game.

But every single UW-Eau Claire men’s club volleyball player on the court from April 7-9 at a packed convention center in Louisville, Kentucky for the NCVF National Tournament was jumping, diving, sweating and screaming for two reasons — to have fun, and to win a national championship.

Although the Eau Claire men’s volleyball team fell just short of a title, they did capture their best overall finish in five years by placing third at the NCVF Division II level.

“We just go out there and have a good time and not a lot of teams can say that,” sophomore Pierce Moriarty said. “That is when we are at our best.”

And their best almost won them a national championship, a prize they had their eye on all year after being ranked No. 1 in the nation at the NCVF II level.

But like college basketball’s March Madness, the NCVF tournament can be just as crazy.

The tourney begins with all 48 teams that qualify for nationals being put into pools. After pool play concludes, the teams with the best records qualify for the gold bracket, which is where Eau Claire was placed.

After that, a single elimination format is used to determine a winner. Eau Claire lost in the semifinals, tying them for third.

Like any team when its season ends, it must say goodbye to its seniors. The men’s club volleyball team has three and Moriarty said he’ll miss them all.

But this season will always have a special place in Moriarty’s heart as well as freshman Derek Lindquist’s, as it was his first on the team. He said joining the club soon after enrolling at Eau Claire is a decision he’ll never regret.

Lindquist’s spot on the team ended up happening by chance. He told a friend of his that he was attending UW-Eau Claire and his buddy suggested he look into its club volleyball team.

Moriarty and the rest of the returning players were excited to see him at practice, and standing at 6 feet 7 inches, Lindquist brought the size to a team that desperately needed some, Moriarty said.

Lindquist’s first season hardly could’ve went better, and though he said there were some bumps along the way in the form of tough losses and self doubt, the bond he made with his teammates was worth it.

“We are a bunch of goons,” Lindquist said. “That is one thing I’ll remember is just how weird this team was but I loved them.”

So by weekend’s end, every Eau Claire club volleyball player got what they were looking for, whether it was Moriarty playing for legacy as the third person in his family to play on the team or Lindquist having fun while maintaining a competitive edge. Regardless it was a season for the history books.