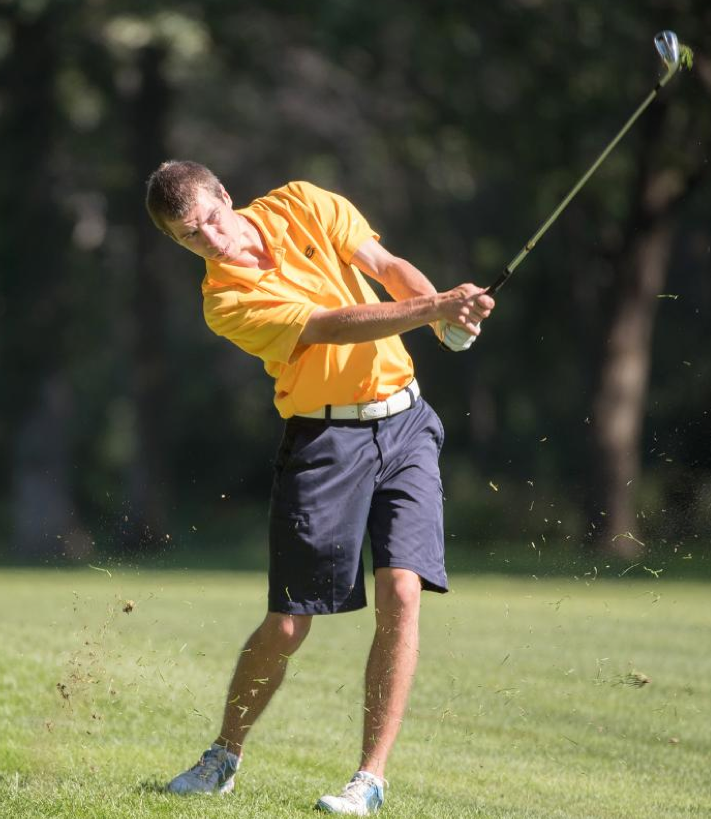 It came out of nowhere.

One day junior Joey Dreier and the rest of the men’s golf team called Mike Greer their head coach, just as any Blugold men’s golfer had for the past three years. But the next day, both teams had a head coaching position to fill.

The official announcement came on Oct. 20, 2015, and the search for a new head coach began.

Time went on, and as Blugold golfers trained over the winter months, they finally got the news.  Director of Athletics Dan Schumacher named Courtney Everett head coach.

“I was shocked at first (when Greer left), but I am happy for him as he is onto better things,” Dreier said. “Courtney has been very energetic and eager to get started with the Blugolds. (We) still have the same goal of being successful at nationals.”

Everett, who was the women’s golf coach at Regis, met with both teams in a round table activity just before Christmas break, she said. There she had the opportunity to meet the golfers she’d lead into the spring season and foreseeable future.

Though the players on the Blugold roster are golfers Greer brought in, Everett is already creating her new brand of Eau Claire golf.

Revamping Blugold golf’s fundraising system and strengthening her golfer’s mental toughness are among the top of her to-do list.

In fact, recently she met with every golfer on both teams for about 30 minutes to observe, learn and detail ways they can improve their game psychologically.

“We can hit golf balls all day, every day,” Everett said. “But if we aren’t approaching the ball with the right mental attitude then the game goes down the drain.”

Luckily, Everett is inheriting two rosters with experienced leadership at the top of its lineups.

For the men, Brady Hanson and Joey Dreier return after leading the team in scoring in the fall. Both golfers have been been a part of the varsity lineup since their freshman seasons.

Senior Lauren Gaffney and junior Katie Moore are the leaders this spring. The rest of the roster consists of underclassmen

Despite having to step down because of professional and family reasons, Greer said he is still involved in both Blugold golf programs as an assistant.

“She is extremely excited and really motivated to do great things for the program,” Greer said. “We’ve exchanged a million different meetings and texts and are working well together.”