After making the WIAC tournament for the first time since 2009, Blugold men’s hoops is set to prove they belong atop the conference 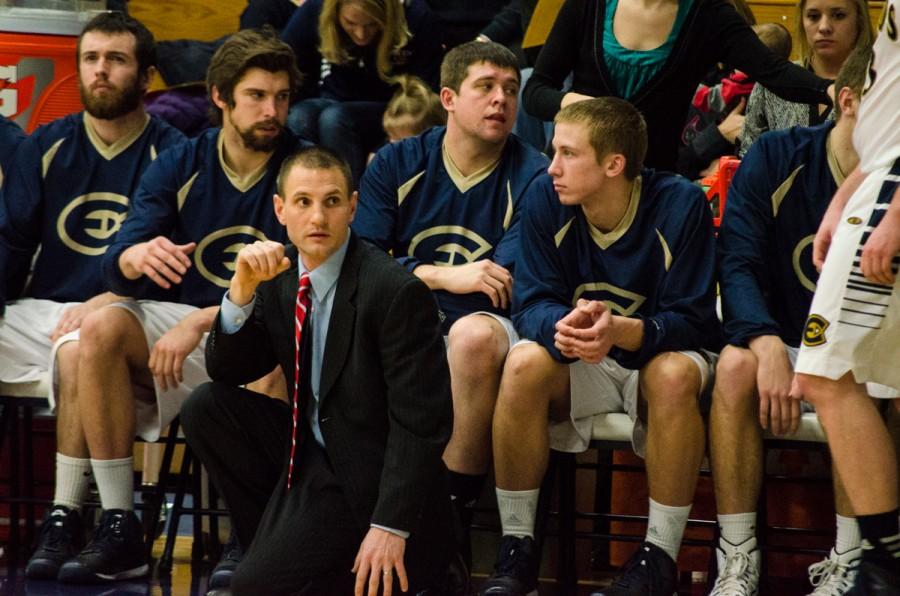 Around the midpoint of the season last year, the UW-Eau Claire men’s basketball team faced more questions than answers regarding its rotation.

Already down a starting guard in Adam Hjelter, who missed the season due to a wrist injury, and with only one proven perimeter scorer in the lineup, head coach Matt Siverling turned to two underclassmen to fill the offensive void.

With the opportunity in front of them, then-freshman George Diekelman and sophomore Jack Martinek took Siverling’s vote of confidence and became staples in the rotation for the final 18 games of the year.

Martinek became the guy in Eau Claire’s lineup that could create his own shot. Whether it was slashing to the basket or pulling up from 15 feet, the 6-foot-3 Irondale High School (Minn.) graduate found ways to score last season when the Blugolds needed it most.

Diekelman, who didn’t even crack the lineup until early December, used his size to body up smaller guards on the defensive end and proved to be one of Eau Claire’s better perimeter defenders Siverling said.

“The biggest thing for both of them is confidence,” Siverling said. “For both of them to get into games and have success then having really good summers, you can tell they came back different players than a year ago.”

But this is also a different basketball team than a year ago.

Seniors Lewis Mau and Eric Effertz are gone, who led Eau Claire to a 11-16 record last year, good enough for a WIAC tournament berth, the first since 2009.

Mau buried two game-winning freethrows in overtime of the WIAC quarterfinal against UW-River Falls and Siverling said replacing Mau’s collectiveness, experience and presence inside the paint will be a challenge.

“We don’t have anyone returning in our program that played power forward for us,” Siverling said. “We are trying to figure out who will step into that role but I think we have some guys that are capable of doing it.”

Though Eau Claire returns three centers from last years team in senior Jacob Kohner, and juniors Jared Miller and Jared Schneidermann, the stretch four position is one of concern as it is a vital component to the four-out, one-in offense Siverling plans to run.

The strength of Siverling’s offense lies in the guard play, and with Diekelman and Martinek in addition to a healthy Hjelter behind returning First Team All-WIAC sharpshooter Tyson Kalien, Eau Claire is poised to cause opposing coaches defensive issues with the versatility inside its rotation.

In his first year as a Blugold, Kalien averaged a team-high 14.7 points per game and lead the team in three-point field goals (80) and free throws made (62).

Siverling said Kalien is more comfortable in his second season and is stepping up as a captain and leader both on and off the floor.

“He’s one of our captains,” Siverling said. “We expect big things out of him along with Schneidermann and Hjelter, our two other captains.”

The Blugolds are no longer underdogs after capturing a playoff win and sneaking up on conference opponents this year won’t be an option.

After falling 81-43 to Winona State University (Minn.) in exhibition play last week, Siverling said they are prepared to compete against the nation’s best.