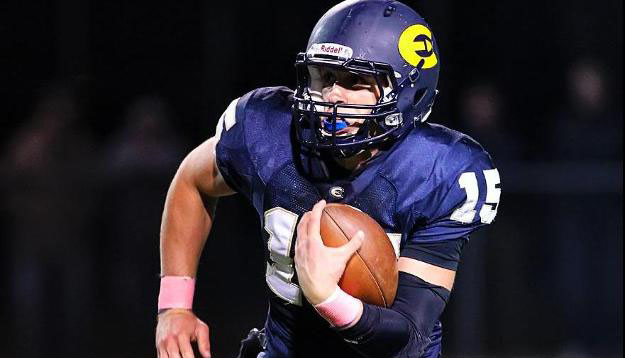 The last time the football team went winless was in 1944 when the Cliff Fagan coached squad went 0-4 at Eau Claire State Teachers College. That happened two years after Bill Zorn’s team went 0-6 and a year after the Blugolds didn’t have a team.

Now after eight coaching changes and 71 years later, the Blugolds did it again.

Following a 1-9 season in 2014 and going winless this year, Director of Athletics Dan Schumacher announced Monday that football head coach Todd Glaser’s contract would not be renewed and was no longer coach, effective immediately.

Glaser was hired as head coach in 2006 and went 40-62 over the past 10 seasons. A 9-3 finish in 2007 brought the team to a NCAA Division III playoff appearance for the second time in program history. Glaser also received the WIAC and Wisconsin Football Coaches Association Coach of the Year honors in 2007.

Along with Glaser, all full-time football coaching staff were fired as well.

Some of Glaser’s players had kind words regarding the coach and his influence on their lives.

“He is a great guy,” wide receiver Matthew Knapp said. “He was very involved after I transferred to the school and made sure everything was going OK. I don’t know a lot of coaches that would do that.”

Coach Glaser and members of his full-time staff were let go after a 38-0 loss at No. 5 UW-Oshkosh.

The nationally-ranked Titans will play in the NCAA Division III championship tournament and host its bracket of teams. UW-Whitewater defeated Eau Claire 63-0 at the end of October and also earned a bid into the same bracket as Oshkosh.

The Blugolds opened their season against University of St. Thomas (Minn.) and lost 62-7 and the Tommies not only earned a spot in the national tournament, but also will host its bracket of teams.