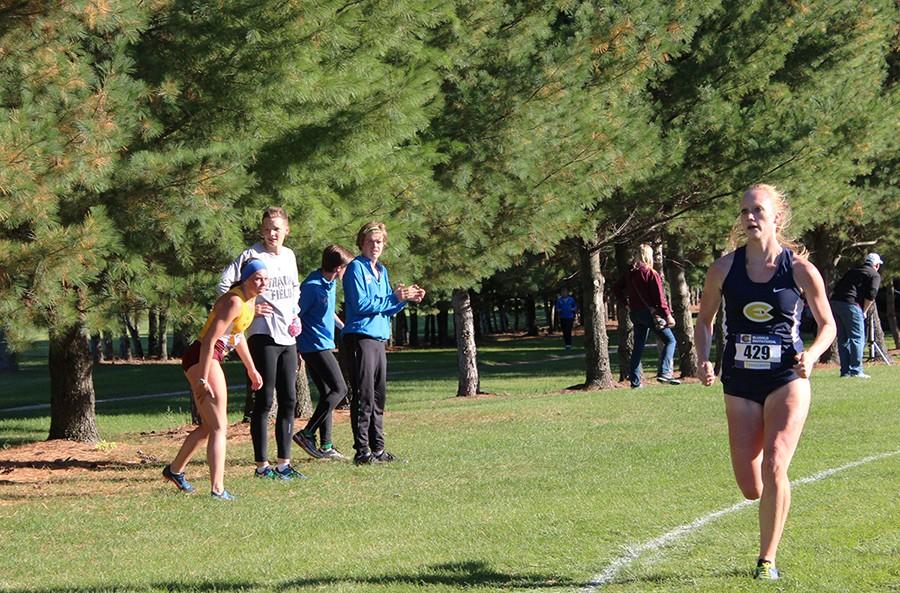 All season, senior cross country captain Lucy Ramquist said she’s had the same strategy for meets. Start at the back of the top pack of runners, and then slowly pick them off one-by-one.

The strategy worked in Ramquist’s favor for the second meet in a row, as she won the NCAA Division III midwest regional cross country race 6k at 21:17.

Ramquist beat her competitor by a tenth of a second.

“It was me trying to hang onto that girl for quite awhile,” Ramquist said. “At one point … my coach was just like, ‘Lucy, just try to win this,’ and I was like, ‘OK, I’ll try.’”

Ramquist, and the rest of her teammates, placed fifth as a team at the regional meet, hosted by Augustana College (Ill.) in Rock Island, Illinois last Saturday.

“They were only four points away from UW-La Crosse and University of Chicago, who tied for fourth place,” Schwamberger said. “They had a great performance; definitely their best race as a team of the season.”

Schwamberger also said the underclassmen stepped up during the meet, with sophomore Callie Fischer and freshmen Karen Gomez and Morgan Marek all contributing to the final score.

On Sunday afternoon, the women’s team received an at-large bid, meaning the team qualified for the national meet this weekend.

Schwamberger said five kilometers into the eight kilometer race, he could tell the men were in a “good position” to earn an automatic bid, which is awarded to the top two teams.

“Just by counting where our runners were in relation to other team’s … runners,” he said. “They were able to stay under control and run relaxed.”

Senior Ryan Mugan and junior Josh Thorson ran seemingly attached at the hip during the 8k race, coming in third and fourth overall, respectively, with matching times of 24:10. Sophomore Darin Lau also came in the top 10, placing sixth at 24:19.

Both teams are set to compete in the national meet this Saturday at Lake Breeze Golf Course, hosted by UW-Oshkosh.