Leader of the clubhouse 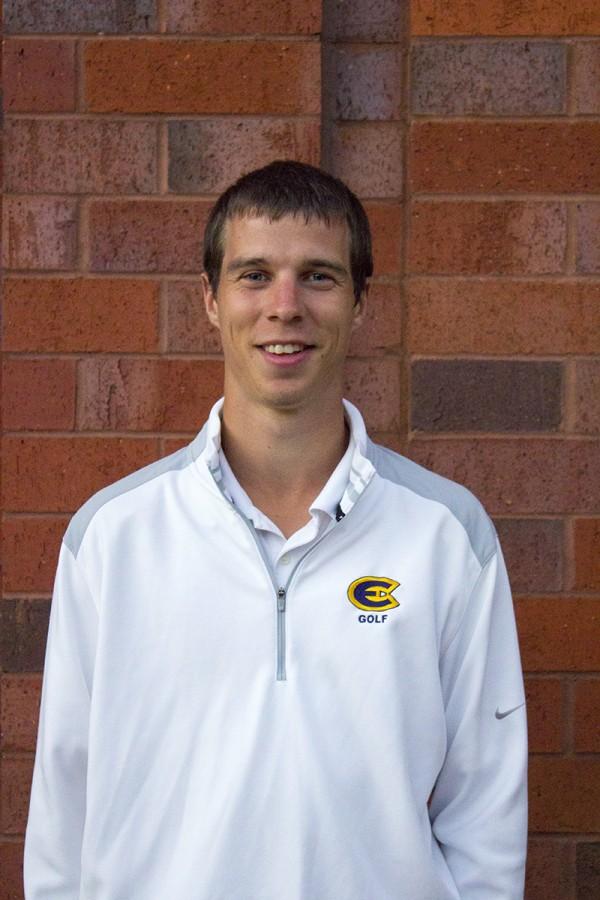 It was only the second tournament of the year and then-freshman Joey Dreier with no collegiate athletic experience to his merit, was thrown into the UW-Eau Claire men’s golf varsity lineup just three months after graduating high school.

Not that he didn’t earn his place on the mere five-man roster as a couple days prior, Dreier beat out six fellow Blugolds for the coveted final spot.

His youth no longer could be used as a crutch, excuse or handicap. The New London, Minn. native was set to go stroke-for-stroke with some of the best in NCAA Division III golf.

And after the two day invitational concluded, Dreier finished tied for fourteenth and shared an identical score with his senior captain Ben Brooks.

Dreier had arrived and the now junior captain hasn’t missed a varsity starter since.

“Joey has a lot of passion and pride in Blugold golf,” Greer said. “He cracked the lineup for the first time there and really hasn’t looked back.”

Since his arrival inside the Blugold lineup, Dreier’s a two time letterwinner, was named to the Golf Coaches Association of America All-Freshman Team and this past summer competed in the Minnesota state amateur golf tournament, which is the highest level of amateur golf.

Returning from a summer of competitive golf has Dreier in a position to become recognized as one of the top NCAA III golfers in the nation, but he is quick to put his individual accomplishments aside and acknowledge his larger responsibility to Eau Claire golf as captain.

“It is very humbling to be named a captain in general but as a junior makes it mean a lot,” Dreier said. “The team looks up to me and that puts some self confidence in me that translates over to the other guys as well.”

Being named a starter despite his teammates have more years of experience, earning the title of captain prior to his senior season and standing out on the fairways are all accomplishments Dreier’s already checked off in his two years as a Blugold.

But for anyone who knows Dreier personally his narrative may sound repetitive, and that’s because it is.

Three years later, his teammates voted him a captain, a title he held until graduation.

He was recruited by several schools because of his success on the course and in the classroom and after a top-25 finish at the Minnesota Boys State High School League Golf Tournament, it was time to decide where he’d continue his golf career and further his education.

Greer said Dreier was a golfer he was following for well over a year, and after Dreier reached out to the him to express his mutual interest, the two set up a meeting at Eau Claire Country Club.

Reminiscing about the day “as if it was yesterday” Greer said he knew the moment he sat down with Dreier and his mother that he was the type of kid that embodied the Blugold spirit.

“He’s a quality individual who truly cares about his teammates,” Greer said. “I knew that I had to give it my all recruiting him to get him in here because he is the type of guy the team needed.”

Upon arriving to Eau Claire, Dreier said he felt at home right away. He had visited other schools, but none stood out  the way Eau Claire did.

With the support of his family, including his older brother, who played golf at St. Cloud State (Minn.), Dreier enrolled for fall classes and reported to the golf team that August.

Now, with two years of varsity experience Dreier is set to put the Blugolds in position for a national tournament berth.

But Greer said there’s still room for growth, and despite his list of accomplishments and captain status, Dreier still faces battles of his own out on the course and like most talented strikers, his adversity sits between his ears.

During last week’s meet at the Twin Cities Classic, Dreier failed to play his best golf and Greer sensed his captain needed some reassurance.

Greer accompanied Dreier out to the driving range and watched him hit a handfull of balls.

The two exchanged a few words and the simple gesture of a coach being there for their player has Dreier and his teammates ready to move on to the Blugolds biggest competition of the fall season at the Golfweek Invitational.

Sophomore Patrick Conroy said Dreier is always a player him and his teammates can count to lead Eau Claire into competition.

“There is no better player for the job.” Conroy said. “He leads by example on and off the course.”