After finishing first in their home tournament on Sept., 14 Eau Claire is set to continue its winning ways 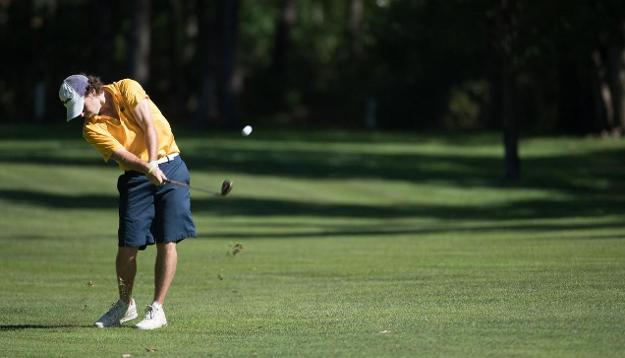 Often in sports, the cliches of a coach’s belief in their respective team is run into the ground.

But a coach’s job is to believe in their players whether or not they believe in themselves. A task that can hold difficult if the players haven’t seen themselves at the top yet, men’s golf head coach Mike Greer said.

But for the UW-Eau Claire men’s golf team, the taste of victory at the Frank Wrigglesworth Blugold Invite has the Blugold’s realizing they are among the nation’s best.

“That win instilled a ton of confidence in us that I think this group needed,” Greer said. “We are an extremely talented group that returns a lot of talent, but until you get that first win I think it’s hard to truly believe in what we are doing.”

Now that the first win is out of the way, Eau Claire’s eyes are set on more first places finishes.

That mission started last weekend at the Saint John’s Invitational where the Blugolds finished 5th with score of 615, one stroke behind a fourth-place finish.

Greer said since the Blugolds know what it is like to win, their goal was to go out and win another.

Despite falling short, Eau Claire faced similar competition they faced the past weeks and Greer said the same eight teams are ones they will see throughout the year as they continue to try and pick up tournament wins in the fall season.

“Every week is going to be a dogfight, and we’ve already seen that in our first three tournaments,” Greer said. “Every shot that we’re taking is an important one because at the end of the day it’s only going to be a couple of shots that separate first through fifth.”

The Blugolds youth was on display at Saint John’s as sophomore Patrick Conroy led Eau Claire with a score of 153.

Junior Brady Hanson finished one stroke behind Conroy shooting a 154.

Up next, Eau Claire will travel to Minnesota for the three day Twin Cities Classic.