A journey out west 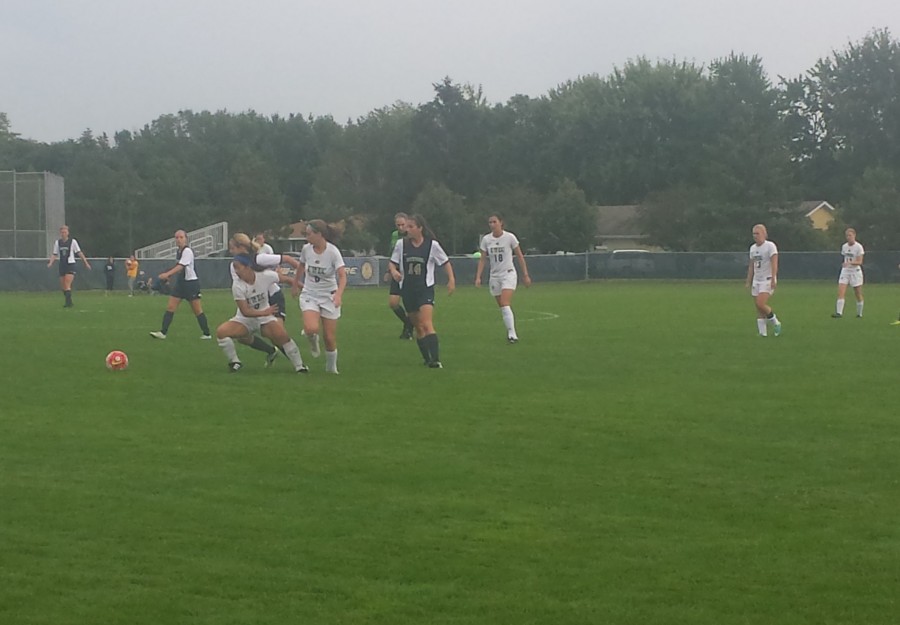 Tara Dennehy, a senior from Eugene, Oregon traveled with her UW-Eau Claire women’s soccer teammates back to her home state over the past weekend as the Blugolds made the trip for a pair of games.

“The main purpose of the trip was to get out of our region and play good soccer teams which we were able to,” he said. “Both teams were tough which gave our girls good learning opportunities.”

In the first of the two homecoming games for Dennehy, the Blugolds fell 2-0 to Lewis and Clark College (Ore.) after allowing two goals nearly four minutes apart to begin the second half.

Yengo said his team played a nearly flawless game defensively besides the ten minute stretch to start the second half where the girls’ confusion and lack of organization, lead to two scores.

Offensively the Blugolds couldn’t capitalize on multiple opportunities throughout, missing the few open shots that they had against a physical senior driven Pioneers team Yengo said.

The Blugolds dominated time of possession throughout and had 18 shots, but weren’t able to find the back of the net.

“The girls battled for 110 minutes straight and it was real impressive how competitive we were,” Yengo said. “It was unfortunate we weren’t able to get a goal but really we were happy with how we fought and grew as a team.”

Despite not coming out of the weekend with a win, senior captain Ashley O’Connell said the weekend was a success no matter what because of the learning opportunities for the younger girls and the experience they gained.

“I think both of these games were a good growing experience for our team,” she said. “Although we came back with a loss and a tie we found who we are as a team by the end of the second game.”

O’Connell also said that over the weekend many of the girls had to play new positions on the field that they weren’t used to, which showed the coaching staff the depth that the team really does have at multiple positions.

Beyond the play on the field, the Blugolds were able to do some traveling around the state visiting Cannon beach and walking around downtown Portland, which O’Connell said also helped with team building.

“I think this trip brought the team closer together because when you spend four days straight with your teammates you get to know them a lot more personally,” she said. “I have enjoyed getting to know some of our younger teammates better, and I think this will give us better team chemistry overall.”

After a long weekend of travel, the Blugolds returned home to face Bethel University (Minn.) Wednesday evening. But the offensive struggles continued as they fell 2-1 on a wet Bollinger field.

Despite dominating time of possession and leading Bethel in shots 9-3, Eau Claire could only manage one goal in the second minute off of the foot of Shoua Khang.

The Blugolds will host Concordia-Moorhead (Minn.) at 1 p.m. Saturday at Bollinger field in one of their final tune-ups before conference play begins.