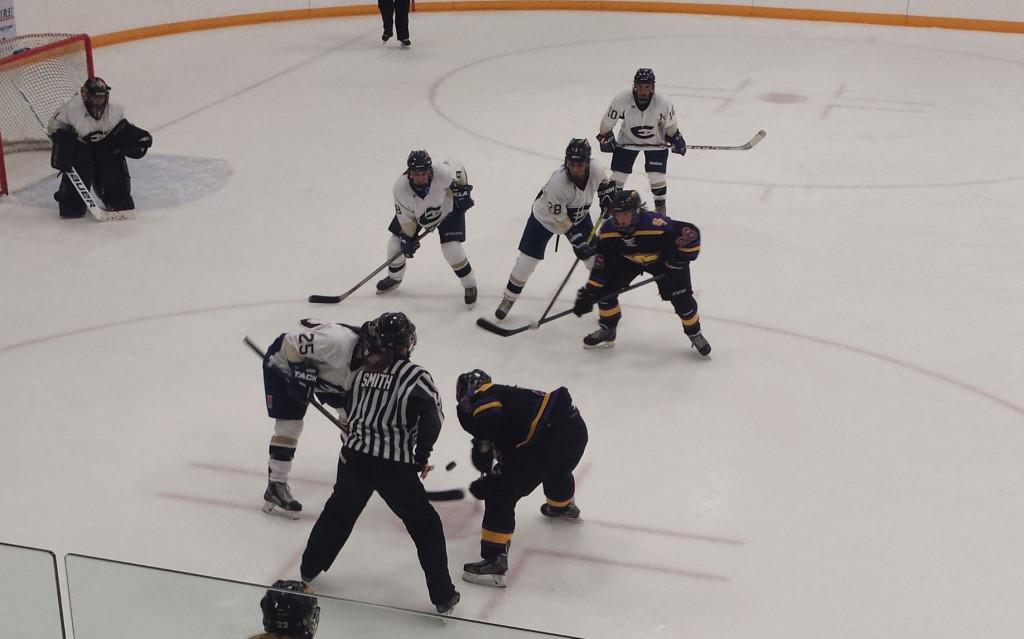 Despite outshooting the Pointers 30-24, the UW-Eau Claire women’s hockey team fell short to Stevens Point in a 4-1 loss.

Eau Claire gave up two early first period goals and could not recover being down to the No. 9 Pointers.

Eau Claire outshot Stevens Point 10-9 once again in the second period but were again unable to score a goal on the Pointers Janna Beilke Skoug, who saved 29 of 30 shots on goal.

The Pointers extended their lead to 3-0 scoring the lone goal of the period, capitalizing on a Blugold turnover at mid ice.

The lead grew to 4-0 on a Pointer goal early in the third period. But Claudia Gagnon got the Blugolds going on the board scoring her fourth goal of the year unassisted midway through the third period, however the late rally would come up short.

Sophomore Paige Dale and senior Sam Knutson and freshman Jennifer Thomsen each were able to get four shots on goal for the Blugolds but couldn’t connect.

The Blugolds will host the Pointers once again at 7:00 p.m. next Friday at Hobbs Ice Center in the final regular season meeting between both schools.