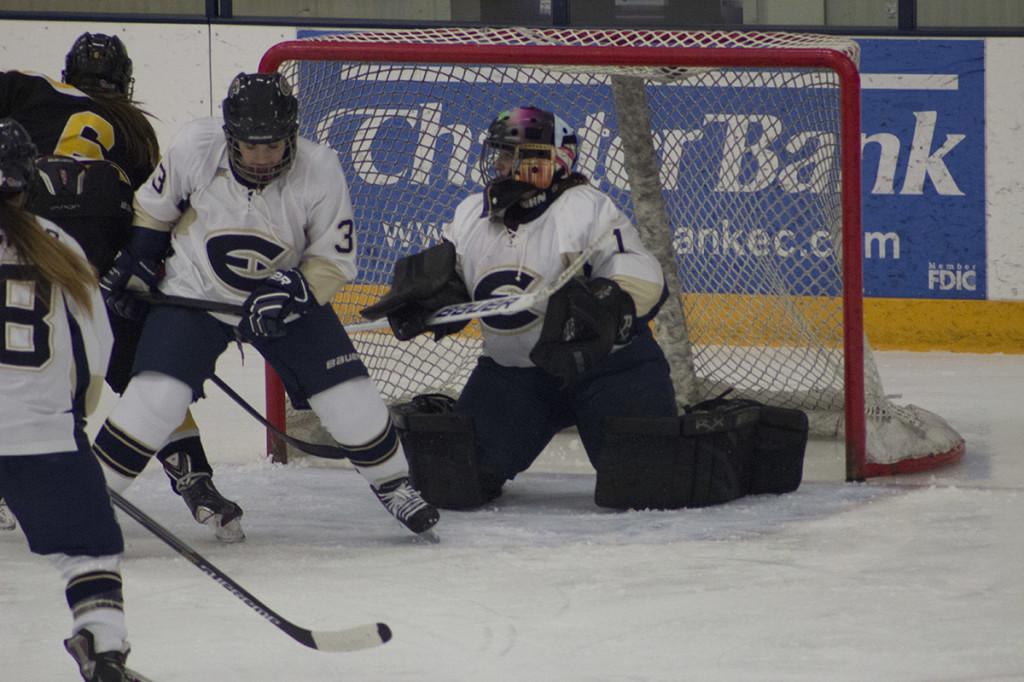 The Falcons came out quick in the first period as they outshot a beat up Blugolds team with 13 skaters 26-6, and dominated control of the puck in the Blugolds zone.

The Blugolds however couldn’t continue to hold off the Falcons’ offensive attack as they eventually found the back of the net midway through the period and proceeded to score four more goals before the first intermission.

In the second period the Blugolds cut the Falcon shot attempts in half from the 26 in the first period, but were unable to convert on the three power play opportunities they had.

With the game out of reach in the third, play got chippy and ten total penalties were called including five consecutive unsportsmanlike conduct infractions.

Junior goalie Paige Turner held the Falcons scoreless over the final two periods.  Turner saved 49 shots playing all 60 minutes. Saturday marked the eighth that Turner has saved 40 or more shots in a game this season.

As a team the Blugolds were outshot 54-13  and were whistled for nine penalties.

The Blugolds will play their regular season finale at 7:05 p.m. Saturday when they travel to face UW-River Falls.