Team captain’s Andersen and Callahan are only seniors on team 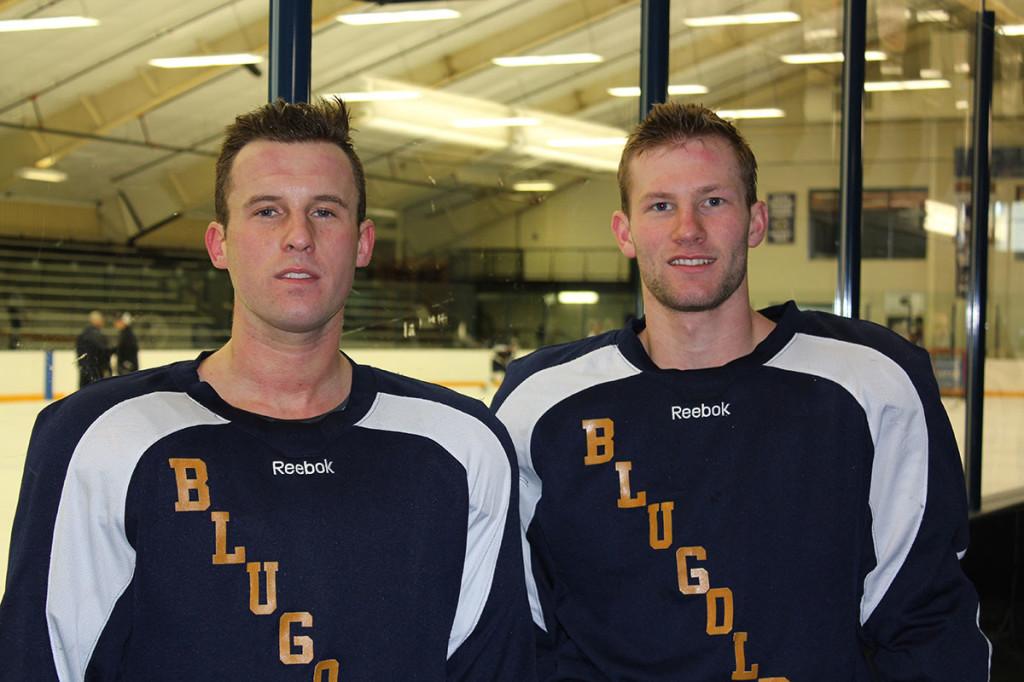 Andersen’s father played hockey, so he picked it up and raced with it. Callahan’s family did not, but one pivotal trip to a New Jersey Toys “R” Us started his 1,125 mile journey to Eau Claire.

“I want those,” Callahan said to his mother.

She asked if he knew how to use rollerblades.

Callahan put on the skates and ripped around the store, showing his mother his skills and why he deserved them.

“That was that,” Callahan said. “I played roller hockey until I was 11 and then I got on the ice.”

Both were captains on their high school teams and both made the Springfield Jr. Blues junior team.

The cool, calm and collected duo have followed the one game at a time philosophy during their time at Eau Claire, and besides Andersen’s freshman year, it has paid off with winning seasons.

None more important than the 2012-13 national championship season, even when the team was loaded with senior and junior talent, Andersen took three shots in the title game.

“We’re two of the guys, regardless of the score, who want to be on the ice at the end of the game,” Andersen said. “Our hard work has showed coach we deserve to be out there.”

Head coach Matt Loen credits the captains as being clutch, and despite their different leadership styles, both are equally important to the team.

Andersen, Callahan and Loen all agreed on their roles on the team. Without much hesitation, Callahan is dubbed the vocal leader and Andersen the visual leader.

“I know when I need to speak,” Callahan said. “It’s a role I’ve grown into over time. And if you want to mold your game after someone’s, watch (Andersen).”

Many teammates called Andersen a wizard on the ice, and it showed as he finished the regular season tied for team highs in goals and assists.

“He’s who you want to watch,” Callahan said. “He goes a million miles an hour and never gets tired. He makes defensemen look stupid.”

As soon as credit is given, Andersen sends it back to his teammates.

“Look at (Callahan’s) numbers,” Andersen said. “He’s been a consistent top defenseman in the nation and was an All-American his first year here.”

Andersen said few players play like Callahan does and he seems to be involved with every play.

“Sometimes you won’t even notice him,” Andersen said. “But that’s a good thing. He appears when the forwards don’t expect it and he’s great with the puck, look at his assists this season.”

Both captains embrace their roles on the team, and find it effective having a captain for each side of the ice.

“We’re the odd couple,” Callahan said. “It helps the younger players when they know they have a guy they can talk to.”

After this season, the captains will leave the team, but even with their productivity on the ice gone, both believe their Blugolds will be fine moving forward.

They said if the freshmen talent continues to develop as it has this season, coach Loen will be able to continue to play his style of Blugold hockey for years to come.