Despite loss on Friday, Blugolds come back strong Saturday to shock Yellow Jackets 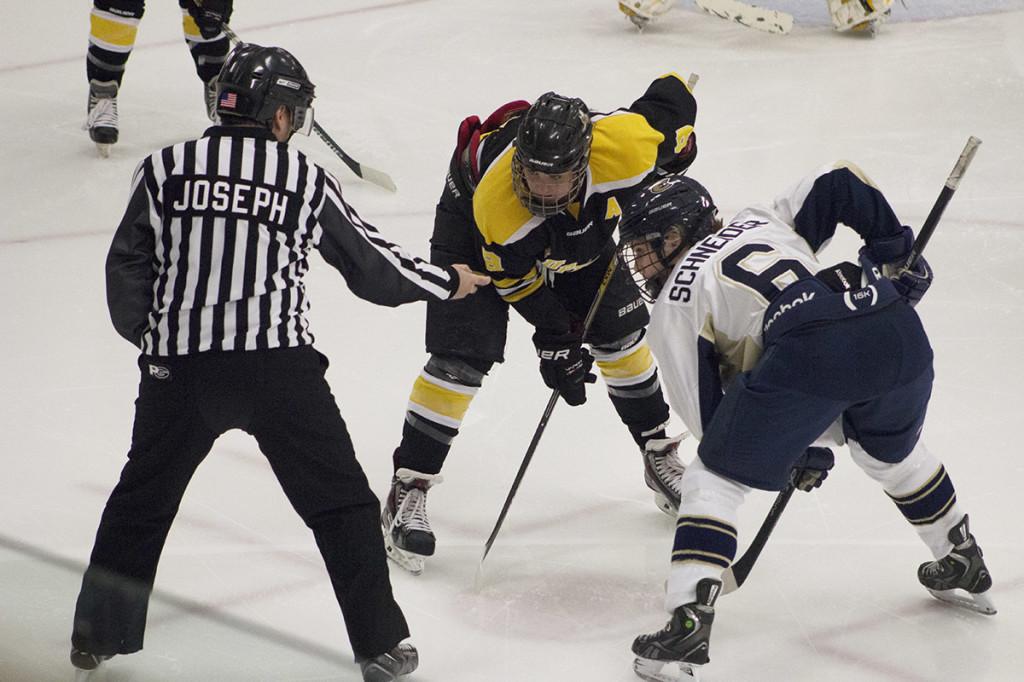 Freshman Sydney Schneider awaits a face off against the Yellow Jackets in the second period.

After falling down early but rallying back halfway through the second period, the UW-Eau Claire women’s hockey team could not pull even as UW-Superior pulled away en route to a 7-2 victory.

The Blugolds two goals came in the second period from junior Ashley Baugher scoring her third goal of the season off a Blugold power play, and sophomore Paige Dale’s team-leading tenth goal of the season making it a one goal game early on.

The Blugolds were outshot by Superior 55-15 and weren’t able to overcome penalties throughout the contest, and they had a total of seven.

Despite the loss on Friday, the Blugolds traveled to Superior Saturday for a shot at revenge in the second game of the weekend series and were able to do just that.

Eau Claire rebounded from a home loss to earn their first conference win against the YellowJackets by earning a narrow 4-3 victory.

However, the lead was short lived as the YellowJackets scored three straight goals to knot the game up late in the third period.

But the Blugolds weren’t done, as freshman Jaedyn Walz pulled out some late game heroics with what proved to be the game winning goal with just over a minute left in the third period.

Goalie Kim VanBrunt earned her second win in net this season stopping 49 shots in the contest after seeing limited action this season.

Despite being outshot 52-18 the Blugolds were able to pull out the win and improve their record  to 5-15-1 overall and 1-6-1 in conference play. The win marks the first-ever for the Blugolds in the WIAC conference and ends a six-game losing streak to the YellowJackets.