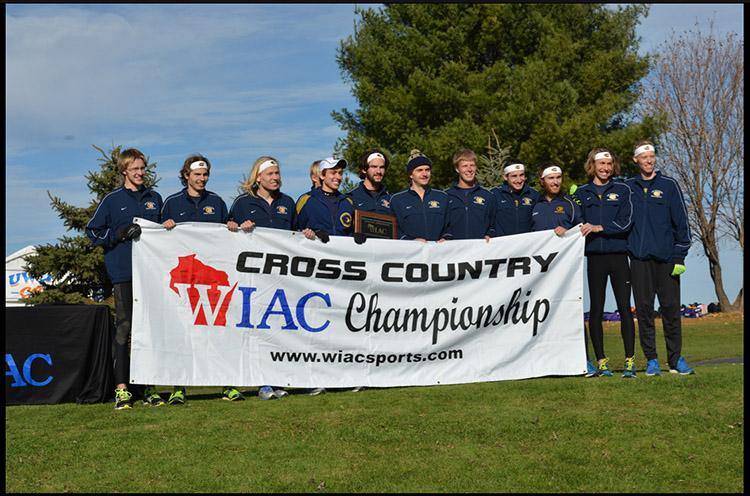 For the second time in school history, the men’s cross country team captured a WIAC conference title. The last time UW-Eau Claire had the title was 1980.

The Blugolds scored 37 points at the meet, which UW-La Crosse hosted at the Ettrick Golf Course.

Head coach Dan Schwamberger said the men had their best race as a team all year.

“We definitely wanted (Thorson) to get out right away because we definitely thought he had a really good shot of being in the top three,” Schwamberger said. “With Ryan and Christian (Leitner), we were thinking they wanted to be in top seven.”

With Lau’s time on Saturday, Schwamberger said he is now the fastest freshman in school history.

Mugan said expectations for his team were fairly high on Saturday.

“Going in, I’d say winning was something we were very capable of,” he said. “At the same time, it wasn’t the focus of the season by any means. If it didn’t happen, it definitely wouldn’t have been the end of the world.”

The women’s team placed third at conference on the same course Saturday, falling to La Crosse and UW-Oshkosh.

La Crosse claimed the conference title for the women, and Oshkosh edged out the Blugolds by one point for second.

Schwamberger said despite the level of disappointment of losing by a point, the women have many positives to see from Saturday.

“We had one woman get passed right at the line,” Schwamberger said. “That’s a little bit disappointing, but I think they’re looking at it more like Oshkosh is a good team … now we know we can run with them at regionals.”

Junior Lucy Ramquist led the team, placing fifth with a time of 22:24 in the 6K. Ramquist didn’t compete in the last meet, which allowed her to mentally prepare more for conference and run an all-time personal record.

“It was a really, really close race between the second through 11th runners,” Ramquist said. “But I’m really happy with where I finished.”

Schwamberger said even with an impressive weekend, his sights are already set on the regional meet and possibly nationals.

“I was pleased with both teams,” Schwamberger said. “Now we just have to keep everyone healthy and keep training smart these upcoming weeks. If we can do that, I’m definitely excited to see what both teams can do.”