Thorson and Jaeger end up on top 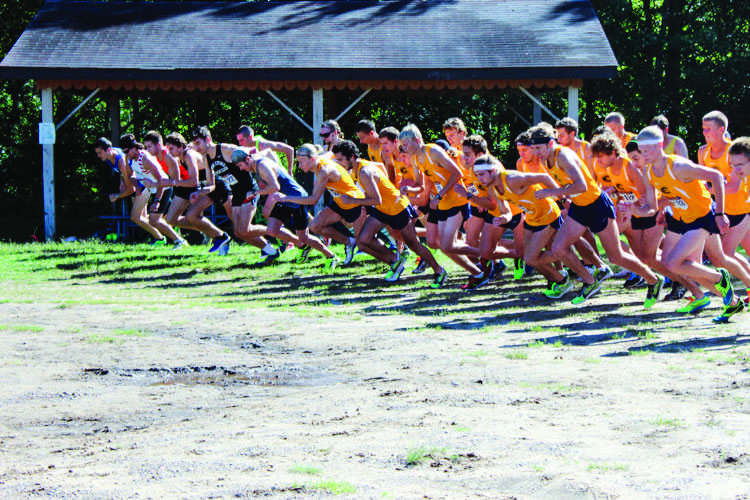 The men's cross country takes off at the starting line Saturday at Lowe's Creek.

On a cool Saturday morning runners old and new took to the Lowes County Creek trail with one thing in common: at one point or another, they were all part of the UW Eau Claire Cross Country team.

The atmosphere for the Alumni Open Meet was different than most meets. Without another team there to compete against, runners joked around and told stories up until the start of the meet.

“It felt good to take first, but we really work together as a team,” Jaeger said. “It was great to run with the alumni, it was so surprising to see so many of them show up.”

For the men’s team finishing first was sophomore transfer student from the University of Minnesota Josh Thorson with a time of 21:34. In second place was Class of 2011 alumni Otto Max Renner.

The team has the next week off allowing them to prepare for their upcoming meets. On Sept. 20, the team will be traveling to St. Olaf, Minn to compete in the St. Olaf Invitational.

Jaeger said she is excited, and is looking forward to the upcoming meet and season. Stay tuned for more to this story on spectatornews.com.