Nothin’ but net with Nick 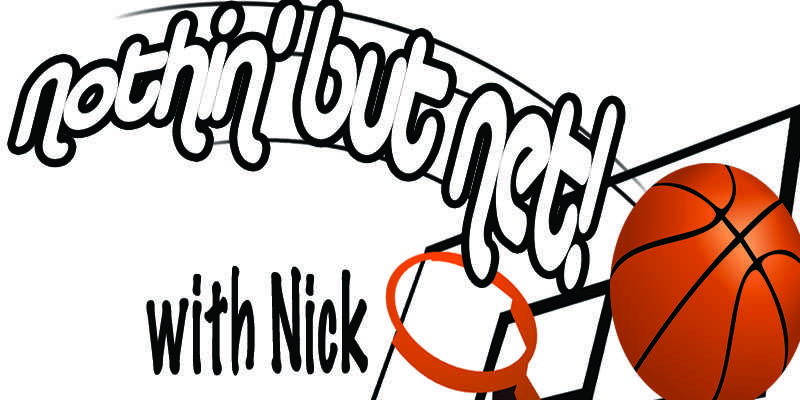 Graphic by Karl Enghofer, The Spectator

Sixty-four teams experienced some sort of heartbreak in the last two weeks. Four of them are still wearing their dancing shoes and bringing them all the way to North Texas.

College basketball’s biggest stage is set. Florida, UConn, Wisconsin and Kentucky will play a two-game tournament to determine the 2014 national champion in the majestic Cowboys Stadium just outside of Dallas.

Two of the teams, Florida and Wisconsin, were fairly decent bets to reach the pinnacle of college hoops. The Gators, the tournament’s No. 1 overall seed, seemingly marched effortlessly through the South Region, perhaps getting their toughest game against No. 16 seeded Albany in the opening round. Florida has now won 30 straight, and Gator Nation appears to be the overwhelming favorite heading into the Final Four.

Bo Ryan and the Badgers survived tough tests against Oregon in the Round of 32 and a thriller against Arizona in the Elite Eight, one that will surely go down as a March Madness classic for eternity. But most experts, including ESPN’s Jay Bilas, Dick Vitale and Jay Williams have said all year this is Wisconsin’s best team ever, and if the Badgers could hit their shots, a trip to Dallas would be most fitting. So alas, Bucky will be in the building.

Kentucky and UConn are two totally different stories. The Wildcats of Kentucky were the preseason No. 1 overall team, but with head coach John Calipari’s infamous one-and-done system, this year’s particular batch of heralded freshmen recruits had trouble playing together early, suffering some very un-Kentucky-like losses. However, they’ve gelled as of late, knocking off three of last year’s Final Four team’s in a row to punch their ticket to the House that Jerry Built.

Much like UConn’s path three years ago, the Huskies have jumped in one player’s backpack and gone for a ride. Kemba Walker’s 2011 championship season run was the most remarkable individual performance the tournament has ever seen. Period. Now, Shabazz Napier, who has a very similar game to Walker, is doing the same thing. He’s got the hottest hand in the tournament by far, and as we clearly saw with Walker, one player can truly win it all.

In the first game of the night, we’ll see Florida face off against UConn. As stated above, Napier has suddenly become the best player in college hoops. His stepback jumpshot is unstoppable, and his decision making has stepped up exponentially in the way he has dished out assists. Also, let’s not forget he had 26 points when he dealt the same Gators their last loss way back in November.

However, UConn’s players not named Shabazz Napier, particularly Ryan Boatright and DeAndre Daniels, have emerged as scoring threats as well. I don’t anticipate Daniels scoring much against Florida big man and SEC Defensive Player of the Year Patric Young. However, if Boatright can get hot next to Napier in the backcourt, Scottie Wilbekin of the Gators can’t shut both of them down. The key for Florida will be if Dorian Finney-Smith can stop Boatright.

This will be the Gators first test of the tournament, and while I believe they are simply too good with Will Yeguete and Casey Prather looming large in the frontcourt to compliment Young and Wilbekin, UConn will take them to the wire in what I believe will be an instant classic.

The other matchup includes our home state Badgers against Kentucky. All along, experts haven’t believed Wisconsin could match up with faster-paced styles of offense. Three times in this tournament, the Badgers have proved the doubters wrong.

The same question looms this weekend for Bo and the Boys. Kentucky, per usual, has a roster full of guys who will be lottery picks in June’s NBA Draft. Wisconsin has zero of those guys, and in fact, if Bucky wins, they will be the first team since 1979 to win the national title without a McDonald’s High School All-American on its roster.

The key matchup will be how Sam Dekker can guard the physical specimen that is Julius Randle. While Dekker didn’t score much Saturday, he did an excellent job shutting down Arizona’s Aaron Gordon. In fact, it was probably Dekker’s best defensive game of his career.

With Frank Kaminsky, who quickly became the darling of March Madness with his somewhat clueless looking face and messy hair, drawing Dakari Johnson, it will force Dekker to guard Randle. If he can replicate the defensive performance from a week ago, that will be huge for Bucky. I think Josh Gasser and Ben Brust will shut down the Harrison twins for Kentucky. No worries there.

If Wisconsin can get an early lead and win the tempo battle, Kentucky won’t be able to handle it, get frustrated and send the Badgers to free-throw line. If this happens, ‘Sconnie will be playing for the title Monday night.

Bottom line, it’s going to be one awesome weekend of hoops.