College is a scam, but so is working 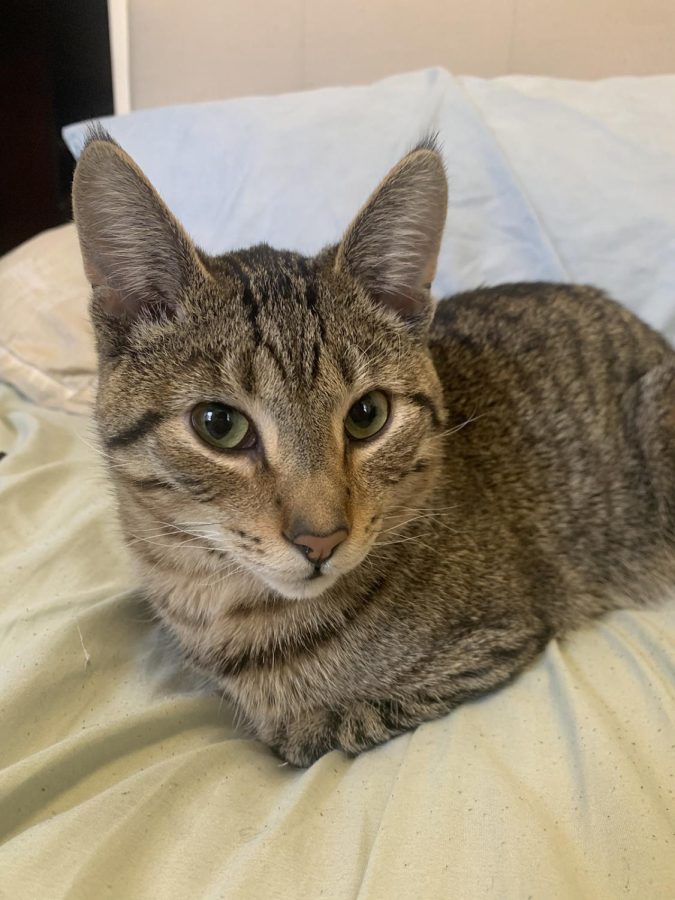 OP/ED Editor Sabrina Ftouhi’s kitten, Jamal, posing innocently even though he’s probably destroyed something before this.

Welcome back friends, for those of you that are new here, welcome to the uncomfortable section of  The Spectator.

I have my opinions and I write them loudly.

If any reader feels personally attacked by any content that I put out, I would kindly invite them to look inside themselves and ask, “Am I the problem?”

We have to take things at our own pace, and some, like me, have learned that the hard way.

If you’re the type of person that learns best with time, taking a semester, (or four) off will do you a great deal of service.

This marks my first semester back, and I feel like an ostrich that wants to stick its head in a cozy dark hole to avoid its problems.

I originally came to this institution as an apathetic and overgrown high schooler who had absolutely no interest in furthering my education, so I decided to go fully off the rails.

In my time off I’ve acquired three and a half piercings, a great group of new friends and I’ve crossed lots of legally questionable things off of my bucket list.

Coming back to this institution causes me to feel mixed emotions. All of which, I can process while chilling in front of that underwhelming lower campus water fountain.

Good to see that my tuition money was in good hands.

On the upside, I’m thrilled to be back because the head of student housing condescendingly suggested that I would be a failure in academics and life.

Yet, here I am with an award-winning podcast under my belt and quite the writing portfolio.

I’m glad to be coming here with life experience that existed outside of a safety net; now I’m getting reaccustomed to that sweet feeling of a school-related stomach ulcer.

I honestly didn’t miss attending a Primarily White Institution, especially one that flirts with racism consistently.

In my time off I’ve had faculty members tell me how bad things have gotten with administration and from this looks of things, it’s even whiter.

This university never really gave me the impression that it cared about POC individuals.

When I first started here in 2018, I was placed in a cohort for Blugold Beginnings. The classes were actually segregated into Black students, Latin students and Asian students.

Over the years, the twenty-five-ish students enrolled in my cohort became three people, yet we’re supposed to be the No. 1 regional university in the state.

One of the disadvantages of taking time off from school means fully dedicating your mind, body and soul to capitalism.

I refused to move back to Wausau so I had to buckle down and take whatever job I could get.

The best advice I could give to anybody that has to take time off: don’t work a retail job.

I worked two of them and hated them both with my entire soul.

Granted, I do have issues with authority but I also refuse to care about a job that doesn’t pay a livable wage.

One retail job I worked at had me working four-hour shifts on paper, but I would clock out at one in the morning.

The other one consisted of me being managed by a cult of Karens and worked with a bunch of their mini me’s.

I’ve experienced my fair share of drama in high school and college, but the red store was a place where belittling and being problematic made you look cool.

I decided emotional torment for eleven dollars an hour was no longer worth it so I chose to get back on the academic horse so to speak.

You just have to pick which scam will negatively impact your life a little less.

To any POC students that are just barely hanging on or have just begun their UW Eau-Claire journey…  Good Luck.