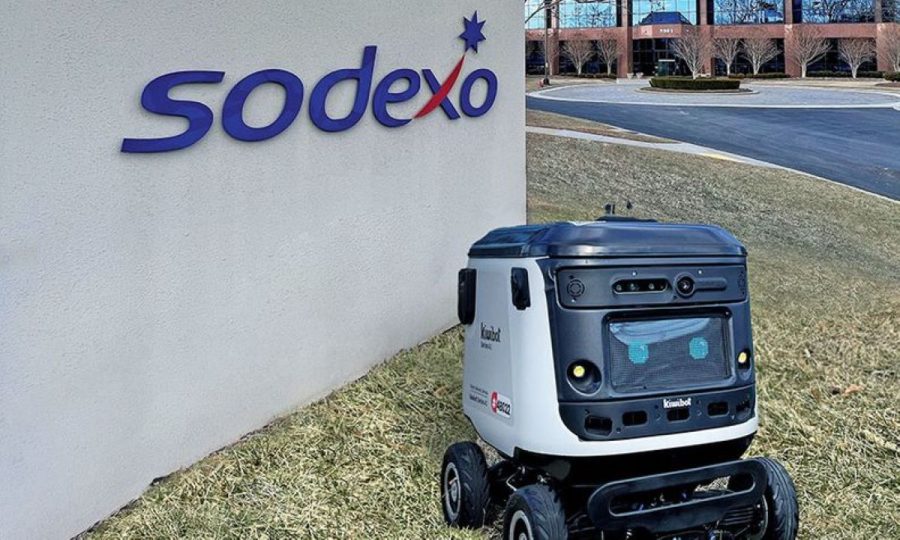 Some people may have noticed a number of awkward, weird-looking and scary new additions to campus this semester. I’m here to tell you that they’re evil and will destroy UW-Eau Claire.

Now I know Kiwibots seem cool. They deliver food all over campus and even provide exclusive options for tasty eats like Mr. Beast Burgers. Such friendly helpfulness and cool perks, or as I call them, bribes.

I’m not sure if any readers have seen a robot movie before, but this doesn’t end well. Wall-E was a cartoon, by the way, so that one doesn’t count.

Okay, R2-D2 seemed like a nice enough little dude, but there’s no way it’s a coincidence that its name rhymes with “wants to eat you.” It’s just playing the long game people, open your eyes.

Last week, I was walking down the hill and one of those battery-powered monsters was standing in front of me, staring at me.

The robot was flirting with me.

That story might sound pleasant and flattering. At the time, it was, but some well-thought-out digging brings about a far more sinister conclusion.

It was tricking me.

Unfortunately for that mechanical menace, I’m no fool.

Now that I’ve seen through their tricks, I’m here to bring truth to the people, as all good journalists do.

Allow me to think critically for a minute, here.

If I were an evil robot, looking to destroy the Chippewa Valley from within, what would I do? Be upfront about my evil intentions, running around with weapons and a villainous demeanor — or seem chill and flirty?

Think about it, folks, world domination is the only logical end to this.

I know what people are thinking.

“They don’t have a leader, they won’t be able to organize.”

Nobody I know has ever seen Chancellor James Schmidt without shoes. Maybe, just maybe, that’s because, under those shoes — are wheels.

He is a Kiwibot, and their leader. That’s right, this goes all the way to the top.

Soon, we’ll be working for them in the mines — not sure which mines, something a robot would need. A battery mine, maybe.

Meanwhile, robots will be the ones spending tens of thousands of dollars on useless liberal arts degrees to escape their parents’ houses.

They want our lives, and they might just have the tools to take them.

I hear they can make it up the hill — get this — without getting out of breath. If this is true, we’re all doomed. They’re already achieving feats, the likes of which never before seen.

Next, they’ll be going to Water Street until the bars close without any hangover-fueled shame the next morning.

They’ll be playing beer darts in lawns all weekend without any impaled feet — or tires, in their case, but my point still stands.

It’ll be a hard-fought battle, not all of us will make it back, but we can win, as long as we work together.

Getting Blu on our side also wouldn’t hurt.