Why doesn’t it taste right?

Banana and grape flavoring: the liars of the candy and drink aisles 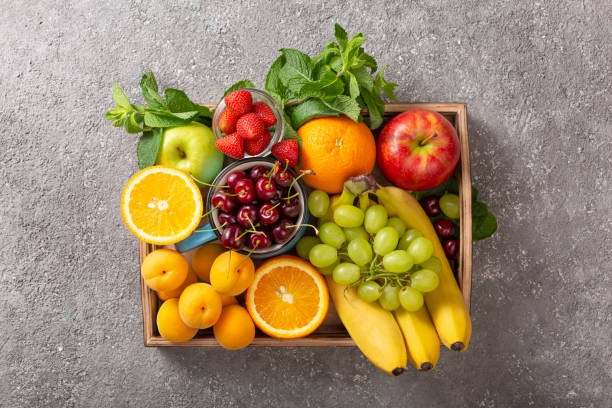 (Photo from Unsplash) Grape flavoring is a kind of a lie, but banana flavoring is really just due to unfortunate circumstances.

Banana and grape are two common flavors behind various candies and drinks. Some people swear by them, others can’t stand them.

The grape Jolly Rancher is often found at the bottom of the bag, away from the superior flavors. Don’t forget about grape Faygo, a gas station classic.

The banana Laffy Taffy, while a personal favorite, is also often left for last. However, the banana Runt is easily a favorite of the masses.

Although, sometimes you may take a bite of that Laffy Taffy or a swig of that Faygo and wonder, “Why doesn’t this taste like the actual fruit? “

Turns out, there’s a lot of history behind the flavorings of candies. Specifically, banana and grape flavoring have big stories about how they came to be the strong flavors they are today.

The story behind banana flavoring starts with pestilence. That’s right, a banana plague.

The bananas we get from the grocery store today are actually Cavendish bananas. Just like apples, potatoes, onions and any other fruit or vegetable that comes to mind, bananas also have different species.

Some other types of bananas that are relatively well known include red bananas, blue bananas and even Lady Finger bananas. The Cavendish banana we all know and love is relatively bland compared to the flavoring you experience when crunching a Runt candy.

Gros Michel bananas were harder to bruise and a lot tastier than Cavendish bananas. The Cavendish banana ended up being resistant to the disease, so that’s why it is the one we find in the fruit section today.

It all comes down to the chemical called methyl anthranilate. Scientists reportedly extracted it from the essential oils of the orange blossom.

Methyl anthranilate was also used in lots of perfumes and colognes back in the 1800s when this long con started its dastardly plan.

Essentially, a scientist smelled it and said, “Hey, doesn’t this remind you of grapes?” Ever since then, people have been consuming artificial grape flavoring and lying to themselves that yes, it does taste like grapes.

But are people actually lying to themselves?

Since grapes are typically only labeled in the grocery store by color rather than species variants, it’s hard to tell what kind they are. The most common “table grape” is the Vitis vinifera, which explains why we taste a more bland flavor than in artificial grape flavoring.

In the end, it turns out that grape and banana artificial flavors aren’t a lie. Grapes do have the grape flavor chemical — or at least sometimes they do — and banana flavoring is the echo of an almost dead species.