Travis Scott is one of them

Keeping up with Kanye’s shadow 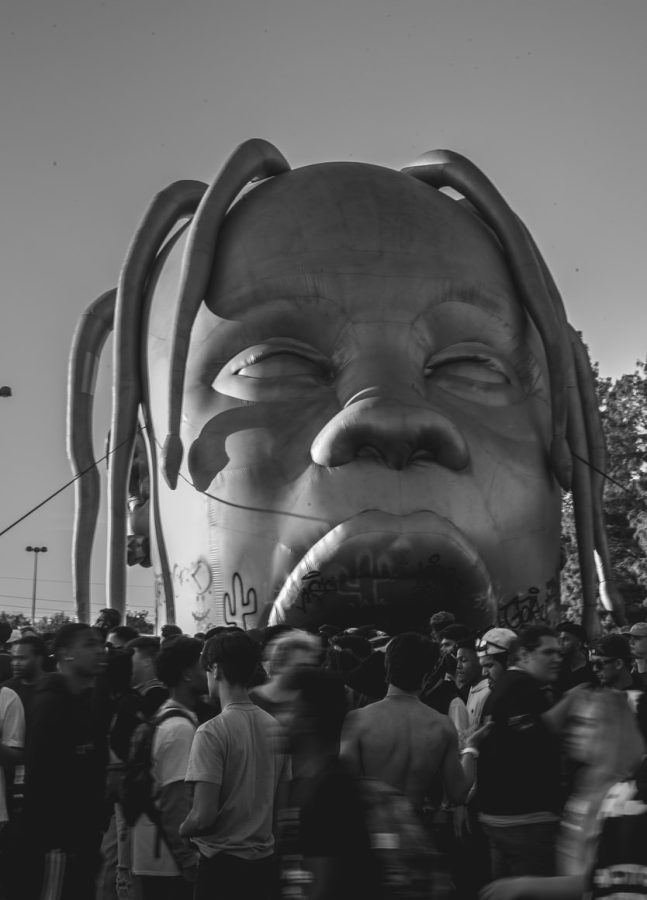 People are willing to punch, trample and crush just to be close enough to a man that looks like a thumb and hasn't made any good music in three years.

I would just like to start off by saying that the karjenner curse is alive and well. In modern pop culture there is a wide-held belief that any man who is involved with a Kardashian/Jenner woman has their life ruined.

Kris Humphries, Lamar Odom and Kanye West are all some pretty memorable examples. I want to focus on Travis Scott. For those unaware, Scott recently hosted his third annual music festival Astroworld; day one of the “kid friendly” music festival ended in eight pronounced deaths and a plethora of injuries. This is no fault of the Karjenner curse, though.

My guilty pleasure tv shows are usually about wasp families and the lengths they’ll go to cover up each other’s dirty laundry. If the people who live that lifestyle are anything like the tv shows then it’s usually always the patriarch’s fault.

During a press conference with Houston’s chief of police, concert-goers were asked to post or share any footage that was taken at the event. I went straight to social media. @sadboyearth on Tik Tok shared his story of trying to help suffocating and injured people into the VIP section which was more spacious. He said a woman swung at him and the person he was helping tried to “sneak” into vip.

There are also viral videos going around of two concert goers climbing up by the camera man screaming at him to stop the show. The cameraman brushed off his shoulders and let them scream about a dead body into the background noise.

For all of those defending Scott, @cpvris_ shared a video of their experience as they were in the crowd that was screaming and chanting for Scott to stop the concert. In the background you can hear someone scream about a man next to them being dead for five songs now. In the same thread of videos posted by the user, you can hear Scott saying “Who told me to stop?” as he continues doing the robot on his stupid little platform.

Some say the crowd was to blame and others blame the venue or the staff. While the staff/venue should be held accountable, Scott is the one who started the snowball. @Jennychangofficial is the owner of a large production company in LA. She said this type of thing was intentional all the way from Scott encouraging his fans to break in and incite chaos, to short staffing the amount of EMTs for an event with fifty thousand people.

There were also accounts of security not checking vaccine cards or doing proper bag checks. Scott and his associated staff clearly do not care about anything but dollar signs. Scott sure has done a fine job of showing us just how much we worship celebrities, however.

People are willing to punch, trample and crush just to be close enough to a man that looks like a thumb and hasn’t made any good music in three years.

Scott has been arrested twice after concerts for encouraging his fans to stampede through security and do whatever it takes to rage in the mosh pit. In both instances, people were injured. His charges were inciting violence and endangering minors.

There’s  discussion on social media platforms where die hard fans are comparing this tragic event to the attack on Ariana Grande’s Manchester concert in 2017. Hello? What happened in Manchester was an actual attack.

I guarantee Scott heard the crowd’s chants to stop the show, but he certainly chose otherwise. He didn’t stop the concert until he saw an ambulance that was being blocked and jumped on by fans.

There are countless examples of performers stopping everything to help out a fan.

Lil Pump, of all people, stopped a show and went backstage to check on a fan who had a seizure.

Travis Scott is not for the fans, he isn’t for the culture, as far as I’m concerned he’s just one of them.