It must be getting too real 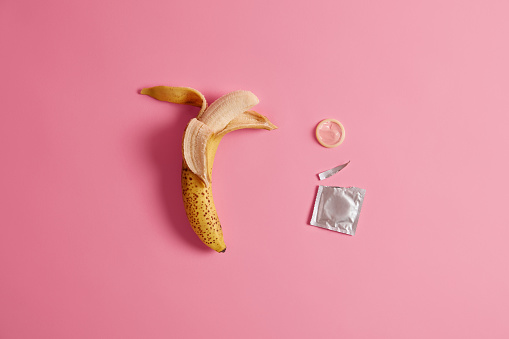 When I was in highschool, my periods were vindictive. Each year around March, the stress of the school year would catch up to me and my period would disappear.

The last week of August would come around; without fail, and I would be bed ridden with the worst periods ever.

I tried to talk about getting on the pill with my mom and she accused me of wanting to “screw around.” I talked to my doctor about the issues I was experiencing and he basically told me to lose a few pounds and see how I felt.

At the beginning of my freshman year, I went to Planned Parenthood and got on the pill. All was working out until winter break that year when I lost my last pack while on vacation in Chicago.

About a month went by until I was able to get my hands on a new one. About a day after I took pill number one I woke up with a fever, chills and the worst pain in my nipples. I mean, it hurt to wear a shirt.

After realizing my inconsistent schedule didn’t pair so well with my birth control methods, I stopped for about a year and a half.

I really do miss the time where it was just my body and I; when there were no hormones to mess with my own natural chaos that was my reproductive system.

There was a decent chunk of that time spent accessing my mental tools to better my overall health and managed to lose fifty pounds in the process.

All good things come to an end, supposedly. In February of this year I went to Planned Parenthood to get the nexplanon implant in my left arm. I knew everyone’s experience was different.

Mine was positive overall, I was asked all sorts of questions that genuinely made me feel seen and heard. The next few days after getting the implant I experienced symptoms from puking my life out, to cystic acne popping up everywhere.

It’s been nine months since, and I can say that most of the side effects have subsided. I still combat mental health issues, mood swings and weight gain every day.

My point in all of this is to show that the journey with birth control is a long and temperamental journey. It’s almost never perfect.

Why is it that the responsibility of birth control remains mostly on people who were Assigned Female at Birth (AFAB)?

In 2008, a male birth control study was conducted where three hundred and twenty men around the globe took a shot with testosterone and progestin every eight weeks.

The intentions were to slow down the sperm count, and this was found to be highly effective. There were only a handful of unexpected pregnancies throughout the course of the three year study.

The study was forced to a stop when committees were worried about side effects. Some participants experienced acne, mood swings and some experienced depression. One of the participants took his life; although, it’s important to note that the participants’ family said his reasoning was most likely outside of the study.

After the study analyzed its data, they found nearly 75% of men said they would use this form of birth control as an option.

All of the coddling and catering to men in this society is putting us a decade behind in crucial research. AFABs have been dealing with side effects for decades.

Dealing with birth control isn’t anything new, men are just really late to the party. For participants in the study as well as the public who don’t agree with more male contraceptives: Keep condoms on you. If you can’t take the realness of the hormones, just don’t have sex.

Think about it this way: we go through hell and back just to prevent our bodies from having your baby and we have to suck it up. If you guys try out male birth control within the next decade, I guarantee you’ll get a medal for it.