Professor Allyson Loomis tells the Spooktator about her house ghosts 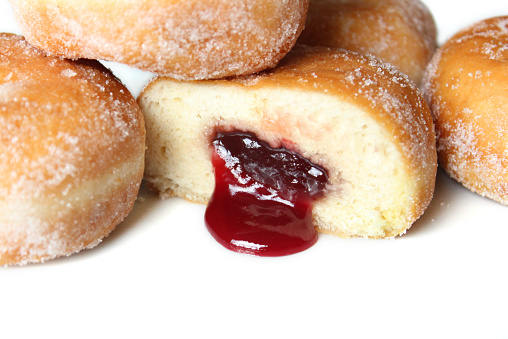 “We think the house likes us,” Loomis said. “It treats us well, and it’s full of memories.”

When Allyson Loomis moved into her new house, she didn’t expect to learn about donuts — or ghosts.

This week, The Spooktator talked to Loomis, a professor in the English department, and she shared the story of the “friendly, donut-loving ghosts” that might reside in that house, built in 1901.

When they got the house, Loomis said, the neighborhood was happy to see someone new in the place. The older neighborhood residents referred to it as “The Donut House”, because every year on Halloween, the woman in the house would make donuts for the local kids.

The place needed extra work when they moved in. Being so old, it required some updating and upkeep. She said it was a chaotic time — her eldest child was three, and another had just been born.

Her three-year-old, didn’t like all the extra people ­— painters, builders, etc., being around the house. He started spending his time in a closet with his toys, away from all the people.

“I cannot believe how many hours I let my child stay in a closet,” Loomis said. “But he was in there, and he just babbled away, I mean, he was three.  He was talking a lot, and there was this one word he would say when he came out: ‘punch-key.”

Loomis assumed her son had made up the word.  She asked him if one of his toys was named ‘punch-key,’ but he said no. “Whatever,” Loomis decided.  It’s just one of those three-year-old things.

A year later, Loomis and her son were at the grocery store.  She picked up a package of pastries, with a Polish word on the label.  As she tried to figure out what they were, a woman next to her said “Oh, I love pąckzi.

Pąckzi (pronounced similarly to punch-key), are a traditional Polish donut usually made for or around Mardi Gras.

It’s a complete mystery, Loomis said, how her son learned the word pąckzi. But, after all, they were in The Donut House. Now, Loomis said, she’s asked her son about it, and he doesn’t remember that time.

“So we have a joke in our house that we have very friendly, donut-loving, Polish ghosts in the linen closet,” Loomis said. “And sometimes, on a hot August night, you can still smell the pipe tobacco that comes out of the walls in the closet.”

In the end, she said, Loomis doesn’t know if she believes in ghosts — but pąckzi does make for a good story. She thinks more about the house itself, and all the people that lived there before.

“I think of the other mothers that ran upstairs when their kids shouted for them,” she said. “The other people that sat in the dining room and discussed current events. And you feel a little more connected to history and to the place you’re living in.”

So Loomis will say “hi” to the ghosts in the linen closet when she passes, and every year the family buys pąckzi and has a milk-and-donut toast to the people that came before them.

“There’s a trail of people who have lived in the house,” Loomis said. “The thing has been standing for 120 years, and now it’s holding us up. I like those ghosts. I’m happy to be sharing the space with them. It’s like we are in a club.”