Being a karen is deeper than a haircut

White people can have Karen tendencies 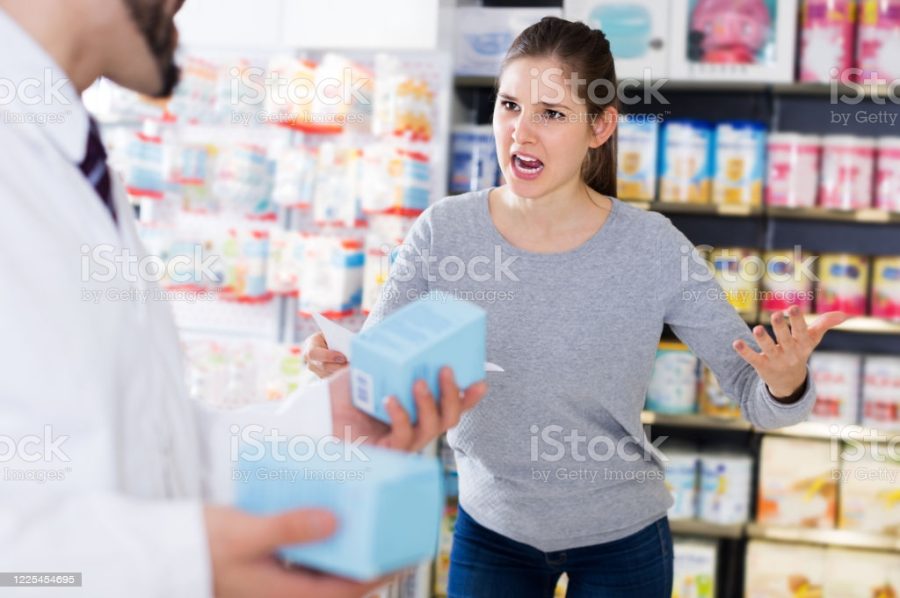 ”when accustomed to privilege equality can feel like oppression”

My personal definition of a Karen is typically a white woman who feels entitled to treat employees like garbage when inconvenienced. A Karen can usually be grouped with white supremicists and anti-maskers.

Asking the manager and demanding service is just the start of the entitlement. As someone with experience in customer service, I’ve seen it too many times myself.

This is my personal opinion, but I don’t think Karen deserves any good customer service. I will return the same energy over the counter while I’m silently cursing Karen out from behind my mask.

I used to work at a hotel and had a Karen call me the most demeaning names because her favorite room was booked.

I once witnessed a Karen scream at the cooks in a restaurant because her chicken wasn’t cooked how she wanted it and the employees were allegedly talking about her.

The Karen had no shame and screamed in a minors face while her son was twiddling his thumb at their table.

Reflecting on all of this reminded me of an anonymous quote, “When accustomed to privilege, equality can feel like oppression.”

Karen’s have always been around but since the pandemic we are seeing an awful lot of Karens freak outs over masks. This is the first time Karen’s have felt any type of resistance in their bubble of white privilege.

Karening is not just at the customer service or mask level. As I stated previously, I think this society has learned to associate Karen’s as racist people.

What other kind of person would call the police on a Black child who was selling water “without a license.”

Karen’s also call the police on Black families trying to have a family outing.

They are incapable of learning how to mind their own business. If you’re a person of color, a member of the LGBTQ+ community or fat then you probably know the term zoo stares.

Getting zoo stares means that you are in a public predominantly white space and that you do not fit white beauty standards. Therefore, when you’re in these white spaces minding your business, the white people will stare at you like you’re an animal in a zoo.

I’ve seen it going to the store with my black friends while we’re all in bonnets. I get stared at often when I go to a restaurant with my white mom.

White people who act like Karen’s will stare and instead of saying excuse me they’ll stand in my personal space like they’re expecting me to move for them — this even happens on the sidewalk — I don’t move and I won’t. If I’m in your way, just say something.

Karen’s are so entitled that their go to solution is calling the police. If you call the police to solve any mundane problem, you need to check your privilege because you could be putting people’s life in danger.

I’ve seen it on Tik Tok and YouTube. There was a tik tok trend where white women were seeing how fast they could fake cry on command. I’m unsure if that trend was meant to prove a point, but now you can see and fully understand the reason Emmet Till was murdered.

The white woman’s tears also carry over to the YouTuber’s apologies. Over the past five or six years, a lot of problematic information has been released about big name YouTubers like Jeffree Starr, Shane Dawson, James Charles, Tana Meaugeu and Laura Lee to name a few.

All of their apologies consist of the same things: fake tears and talking about how they’re being portrayed as racist even though “they’re not”. As a matter of fact, I think the only YouTuber apology that isn’t complete garbage was Jenna Marbles.

White woman tears are a real thing and they can be just as dangerous as a gun. If a Karen calls the police on a Black person, their white skin gives them a one-up regardless of the situation.

Do you think police would continue to hold onto their power if they started shooting white women?