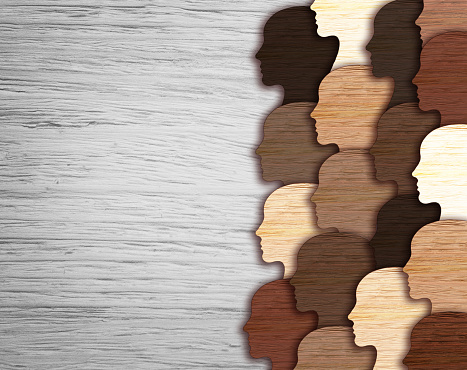 Your kid deserves to look their best on any given day, not knowing how to do their hair is no excuse.

Interracial relationships are a challenging blessing. They remind us of a time when those unions were taboo, to say the least. They do, however, pose some uncomfortable feelings as a pale-skinned product of an interracial couple.

Before the age of fifteen I would answer “no” whenever someone would ask me if I was mixed. Listening to J.Cole’s music validated a lot of my experiences that were similar to his.

I know it sounds cliche but it’s the truth; being mixed is truly like having a foot in two different worlds and still living in a gray area. Not white enough, not black enough, just  different.

I’ve experienced the same discussion with other Black people — mostly men — about interracial relationships being the lowest of the low. Part of me feels invalidated because, in a way, my existence is being disrespected.

The other part of me agrees, but not for the reasons some might think. Some interracial relationships also give me an ick because not everyone puts in the effort to working on being anti-racist or understand intersectionality.

I additionally believe there is a certain type of white woman that views Black men and blackness through a predatory lens. They’ll be the type to say they only date Black guys or talk about how they really want a mixed baby.

There is a special place down below for white mothers of mixed children that don’t take care of their kids’ hair; that’s a rant for later.

I went to the beach a lot over the summer. On one particular day, there was a group of Black men there; as soon as they got in the water white girls started flocking like seagulls when they see a bag of popcorn.

At one point my friends and I went up to say hi because we knew a few of them. I remember this girl just started circling our group, almost like she was sizing us up. She didn’t say a word. After a couple more laps she decided to introduce herself to everyone.

And that was the day my friends and I were featured on an episode of National Geographic; we were the sheep and she was the wolf.

With all of that being said, mixed relationships can be beautiful because it’s a testimony to loving who we want to love. It is also very possible to love and cherish your community while dating someone inside of it.

To all of the moms who are inexperienced with the hair side of it all: please don’t be afraid to look up a YouTube tutorial or ask your friend for help. Your kid deserves to look their best on any given day, not knowing how to do your kid’s hair is no excuse.

Oh, and please please please stop straightening your kids’ hair for special events. Everyone wants to switch up their hair sometimes, but always going for that straightener is just another way to say their natural hair isn’t good enough.