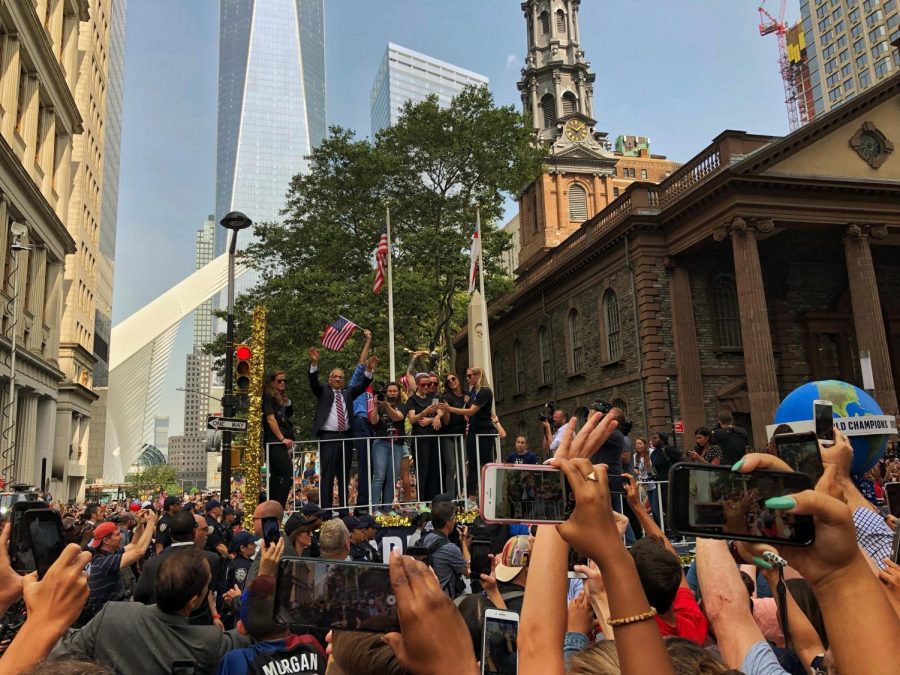 It’s the final seconds of the 2019 World Cup. The referee blows their whistle once, twice, three times. The crowd shouts, whoops and hollers. The United States Women’s National Team has just beat the Netherlands to win their fourth gold cup medal.

As the team takes the stage to receive the gold medals the stadium erupts, fans chant “equal pay, equal pay” in a deafening roar.

In the past few years the issue of equal pay, especially involving USWNT, has come to the forefront of public attention. Politicians have tweeted their support, and athletes from Aaron Rodgers to Serena Williams have voiced their support.

But what exactly does equal pay mean? Although it is incredibly easy to tweet “#EqualPay,” the issue at hand remains insanely complicated.

In May 2020, a California judge, R. Gary Klausner,  ruled in their favor, citing the USSF’s claim that the women have been paid more than the men.

Here is what Klausner missed when he made his ruling: According to the agreements USWNT and United States Men’s National Team (USMNT) were operating under in 2017 if both teams won 20 games in a row, a player for the men’s would earn $28,333 more then what a player on the women’s team would make.

It’s ridiculous that Klausner did not take this into consideration.

Samantha Mewis, a midfielder for USWNT, said in a statement, “To argue that women should have to work harder and achieve more in order to earn the same as men is simply wrong — both morally and legally.”

It is absurd that the Women’s team can play so much better then the Men’s team, have such a bigger following and still get treated by USSF as if they don’t deserve everything the Men’s team makes.

Last week, the USSF seemed to come to their senses and offered both the mens and womens team an identical collective bargaining agreement (CBA).

USSF said they would not agree to the CBA unless both the USWNT and USMNT “take the important step of equalizing FIFA World Cup prize money.” In the 2019 World Cup the total prize money was $30 million, while in the Men’s 2018 World Cup it totaled $400 million.

At face value this seems like everything the women’s team could have hoped for. Yet the USWNT players association called it a “PR Stunt” and claimed “bargaining through the media will not bring us any closer to a fair agreement.”

But they made this claim on twitter, they are effectively doing exactly what they say they want to stop.

USSF replied quickly insisting “(a) publicity stunt is a 90-minute one-sided movie.” Referring to the documentary LFG that follows the USWNT’s fight for equal pay. USSF was asked to participate in the documentary and refrained from doing so.

The problem is no longer that the USSF refuses to acknowledge the pay gap between the mens and womens teams. The problem is that both sides seem content with sending passive aggressive tweets back and forth instead of pressuring FIFA to equalize their prize money.

Rather than focusing their energy on teaming together to truly achieve equal pay, they are focusing it on fighting with each other.

Williams can be reached at [email protected]