The mysterious disappearance and death of Gabby Petito

The tragic story and ongoing investigation of the Gabby Petito 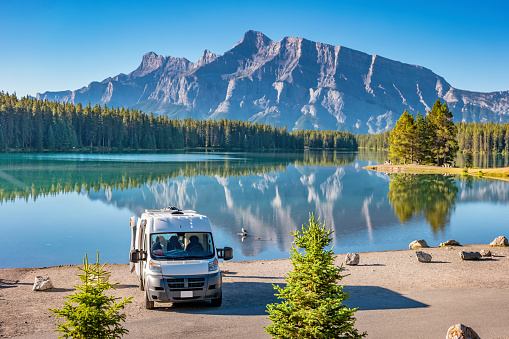 Two people take a trip across the country. Only one returns home.

Gabrielle “Gabby” Petito, a 22-year-old woman from Suffolk County, New York, has been very prevalent in the media due to her recent disappearance.

Petito has been described as adventurous and free spirited by friends and family. She loved to travel and explore other places like Costa Rica and other states within the U.S.

Described as “hometown sweethearts”, Petito and her current boyfriend, Brian Laundrie, began dating back in March of 2019. They both shared passions for art, exploration and nature.

In July, Petito and Laundrie set out on a cross country trip in their van-turned-mobile home. They planned to make stops in different natural parks and nature areas and create content for their Youtube channel “Nomadic Statik”.

Throughout their trip, they would post various social media posts about their travels and their experience with “van life” documenting where they were and what they did.

Petito’s parents, Nicole Schmidt and Joseph Petito, said she kept in regular contact with them, including phone calls and Facetimes, throughout their trip.

On Aug. 24, Gabby’s parents said that communication became sporadic and eventually came to a halt. They knew Gabby and Brian were on their way to Yellowstone National Park.

Her last Instagram was posted on Aug. 25. Many speculate that this post is very different from her previous posts. It does not include the location tags and detailed descriptions that her usual posts include.

Her last correspondence with her mother was on Aug. 30. via text, informing her parents they were on their way to Yosemite National Park and didn’t have service.

However, Schmidt said she was unsure that the text was even from Petito.

This worried her because the couple was supposed to be headed to Yellowstone and Yosemetie was over 800 miles away from their last known location of Grand Teton National Park.

After a week of silence from Petito, her parents filed a missing report and on Sept. 11 and the Suffolk County Police Department opened an investigation.

Before Petito was suspected to be missing, Laundrie returned to his home in Florida on Sept. 1 alone and said nothing to Petito’s family.

When Petito’s parents attempted to contact Laundrie, he lawyered up immediately and refused any conversation, giving no information as to where their daughter was.

Her parents sent a letter to him that said:

“Please, if you or your family have any decency left, please, tell us where Gabby is located. Tell us if we are even looking in the right place. All we want is for Gabby to come home. Please help us make that happen.”

Because the police had not named him as a suspect or wanted for a crime, they could not question Laundrie.

On Sept. 17, Laundrie’s family called the police to their home stating that they have not seen him since the 14.

Searches for both Laundrie and Petito were conducted on Saturday, Sept. 18. Searches for Petito began in the Grand Teton National Park, her last known location.

Unfortunately as of Sept. 19, human remains were found in Grand Teton National Park. These remains have been identified to be Gabrielle Petito’s body.

At this time Laundrie is still a person of interest and is still on the run.

To me, it is very obvious that Laundrie had something to do with the death and disappearance of Gabby Petito.

The fact that he took Petito’s van, came back to Florida without her and did not make anyone aware of her location makes him negligent in her case.

I have an extremely hard time believing that any innocent person would return home without his significant other, not inform anyone of Petito’s disappearance and run away from the police when he becomes a person of interest.

My heart goes out to Gabby Petito and her family, and I hope justice will be served as soon as possible.

Shanahan can be reached at [email protected].