Is your parent narcissistic?

It's not always a disorder but it is a problem 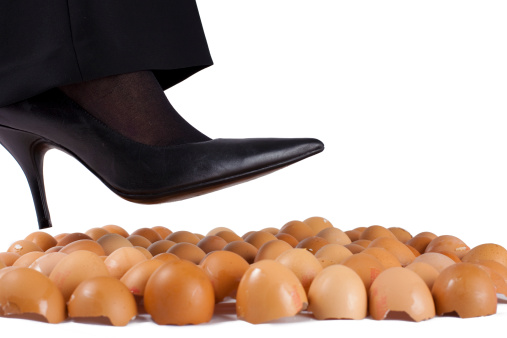 Do people call you mature for your age? Do you or your friends think you can be “needy”? Do you suffer from an avoidant/anxious attachment style?

If you answered yes to these questions you may be entitled to financial compensation. All of the above questions are just a few results of growing up with narcissistic parents.

Narcissism is when people believe they are truly superior to others. They need to have their ego fed and validated at all times.

People with narcissistic tendencies are deeply insecure and lonely on the inside, they often struggle maintaining any basic relationships in life.

To clarify, Narcissistic Personality Disorder (NPD) is something that has to be clinically diagnosed. Just because someone has narcissistic tendencies doesn’t necessarily mean they have NPD.

Romani Durvasula, a licensed clinical psychologist, spoke on this particular type of abuse; she stated it is the true plague in homes and families today.

Durvasula elaborated on why narcissists won’t seek help. She said that it doesn’t usually work that way because “in a narcissist’s mind there’s truly nothing wrong with them.”

Narcissism in a parent can look like a variety of things. Children of narcissistic parents usually end up being the favorite or the least favorite.

Here are some signs you were raised as the golden child:

You probably received more praise and attention than the scapegoat child.

Your parents wanted you to be a great mini version of them — just not better. You were probably viewed as the favorite and were maybe pitted against your other siblings.

When you were young, your parents may have even treated you like a best friend or therapist.

They may have brought you around on random dates or complained to you about why they’re single, and in some cases they might have even blamed you for that.

What does your relationship with setting boundaries look like now?

If you were the scapegoat child:

The parent is already insecure about themselves. The scapegoat child is treated like an inconvenience. Growing up maybe felt like a middle finger was always pointed at you for not being “perfect” to your parents liking.

The narcissistic parent has probably said some really hurtful things to you about your appearance. Maybe they’ve said you weren’t going to go anywhere or be anything in life.

Maybe they spent a lot of time talking about their mental health but never considered yours.

Any time you try to confront that parent about something, you end up apologizing. You are gaslit into believing you’re a bratty child who is ungrateful and should stop complaining.

Maybe you’re like me, and you didn’t realize why you disliked your parent so much until you moved out. Living with a narcissistic parent is often described as walking on eggshells.

Another form of narcissistic parenting/abuse is called emotional enmeshment, some call it emotional incest. Have you ever dated a man that was a little too close to his mother?

We see it all the time in real life and tv shows. The mother of the man in question might say things like “no one will ever love my son as much as I do.” They may act very territorial towards their son’s partners.

Mom might even be perfectly fine until the son has a fiancé, baby or new house in the picture. Now the mother’s “position” as being the most important person in his life is threatened.

In the first season of “Love and Hip Hop Hollywood,”  B2K’s Omarion and his pregnant wife are met with his hostile mother. To summarize, Omarion’s wife Apryl Jones had a solid relationship with his mother Leslie Burrell… until Jones got pregnant.

Throughout the season, Burrell seems to make this pregnancy all about her. She even goes as far as to come to Jones’ baby shower and verbally berate her while Omarion sits back and basically says nothing.

Men with these kinds of mothers are so enmeshed in that toxic grip that they don’t even realize which relationship they are prioritizing.

Growing up with any type of narcissism in the home is more common and damaging than we realize. For any readers that identified with any of this, I have one parting word for you: Therapy.

Ftouhi may be reached at [email protected]