Constant disappointment and the Minnesota Vikings 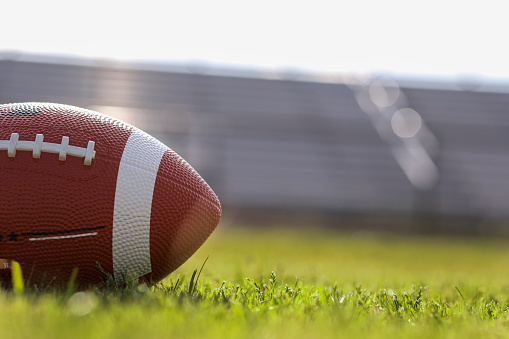 They say insanity is doing the same thing over and over again expecting different results, if that's the case all Vikings fans are insane.

The life of a Vikings fan is a rocky one. Spending months at a time on an emotional roller coaster inevitably ending in tragedy and despair.

It makes me wonder why so many still do it. I, for one, lost hope years ago. I’ve seen what the future holds if I continue to care about NFL football.

Many adults — perfectly respectable members of Minnesotan society most of the time — turn to menaces come football Sunday. Thrown remotes, beer cans and temper tantrums following season-ending losses are something I’ve experienced my whole life, and I don’t want to become that.

I think I was nine years old the first time I considered giving up on the Vikings.

I was getting out of the car following what I faintly recall being a usual Sunday for a Vikings fan, and I thought to myself ‘maybe I’ll be a Packer fan instead.’ These words are treason where I’m from, but I’m far enough from the border to feel safe saying so.

Plus after the events occurring last Sunday, I might even be in the majority.

It’s not just the Vikings, either. Every Minnesota sports team — the Lynx being the sole exception — falls apart constantly. Most of them are incompetent all the time. The Timberwolves barely make the playoffs, the Wilds are a mess. At least the Vikings have a somewhat different MO.

The Vikings brand is looking good until it matters. That’s why nearly every year, they manage to build expectations only to fail to deliver.

I actually watched the Vikings game last weekend. In typical Vikings fashion, my purple-clad friends and I watched in dismay as an early lead turned into yet another disappointment. My more dedicated friends had typically shocked faces, but I found myself smiling.

As the game-winning kickoff flew just outside of the goal I felt nostalgia. Or maybe it was Stockholm syndrome, but it felt like nostalgia. As indifferent as I may be about the Vikes, there are a few stable things in the world today. I find comfort in the thought that no matter how bad things get, the Vikings continue to be worse.

Watching the Vikings build up hope only to rip it away has been a constant for my home state since long before I was alive. It’s like Lucy and Charlie Brown with the football. It doesn’t matter if they have Randy Moss, Adrian Peterson or God, they’ll find a way.

The Vikings are like the final season of HBO’s “Game of Thrones,” but every single year. Television and movies may disappoint, but nothing I’ve seen has disappointed as consistently as the Vikings.

If a series is bad, just stop watching. This is the philosophy I took with the Vikings. Maybe someday they’ll turn things around, but ignoring their existence now doesn’t mean I can’t enjoy the fruits of their labor.

I’ve got no problem shamelessly hopping on the bandwagon, having fun at Super Bowl parties. Maybe I’ll even go to the parade. On second thought, I’ll probably be at least 80 years old, so maybe I should celebrate with a nap instead.