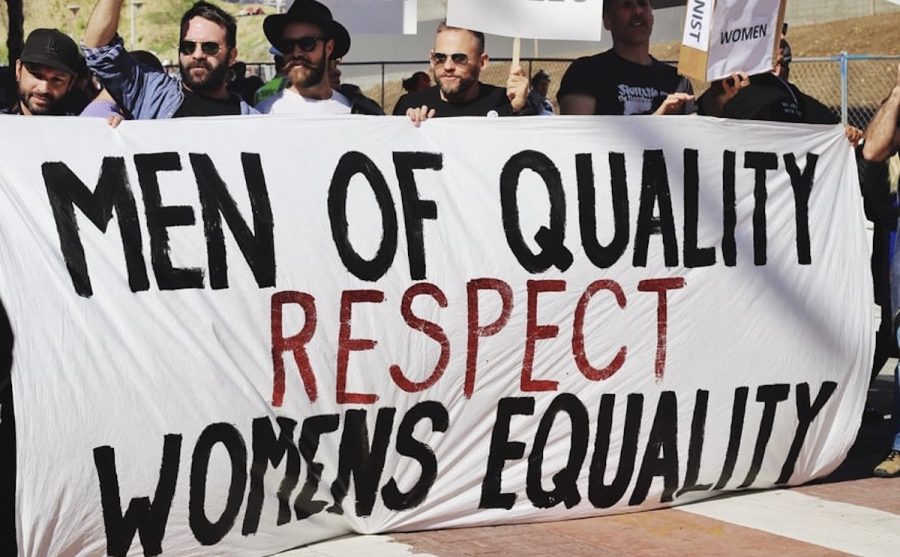 We see “I hate men” and “all men are trash” plastered on social media. Let’s explore that: What are cisgender men responsible for anyways?

A few weeks prior to me writing this, I came home to my roommates telling me a former UW-Eau Claire athlete drove up to our house trying to convince one of my roommates (who identifies as queer) to have sex with them.

After my roommate had to say “no” on more than one occasion, he drove off and proceeded to consistently message them, and I, just to see if I would play the wingman for him.

The harassment never stopped on its own. We had to collectively block him for his predatory behavior.

We see “I hate men” and “all men are trash” plastered on social media. Let’s explore that: What are cisgender men responsible for anyways?

And, most infamously, the generations of emotional and physical trauma put onto women due to the lack of decent fathers — which only repeats this cycle.

Take a look at America’s militarized police. As of October 2020 88% of police officers were men, and recent studies show police officers are 40% more likely to be abusive or be involved in family violence.

You can connect the rest of the dots on that one.

For those cis straight men who are reading this: if these words have you feeling a little defensive or straight up offended, just think about it like when a person of color talks about white people.

For example, my non-performative white friends willingly acknowledge their privilege on a regular basis. When they hear me or my other friends complain about white people being problematic they just sit back and laugh because they know it’s true.

This goes for the boys too. If you get offended by statements regarding anti-garbage men, you sir, are part of the problem. I think now would also be the appropriate time to address this “not all men” discussion that’s been trending on Twitter recently.

I’m the cohost of a podcast on Blugold Radio Sunday called “Mind Ya Business” and last week we talked a bit about this. Technically yes, not all men are trash, but not everyone really has COVID-19, that’s why we wear masks.

Not everyone has a sexually transmitted infection, but that’s why it’s smart to use a condom, and etc.

Michelle Obama said it herself: as a society we don’t raise the boys, we coddle them so they become entitled. We raise daughters to clean up after male entitlement, and I’m tired of it.

It’s about time that men hold each other accountable instead of relying on the women and non-binary folk to do the hard work for them. Same with white people expecting POC to constantly lead the educational discussions about race.

It’s not our responsibility. Men just have to be better — let’s hope in this new decade that won’t be too much to ask.