Peggy: the deaf sheep herder that defied the odds

After 8-year-old sheep dog Peggy lost her hearing, her owners were worried she would never herd again 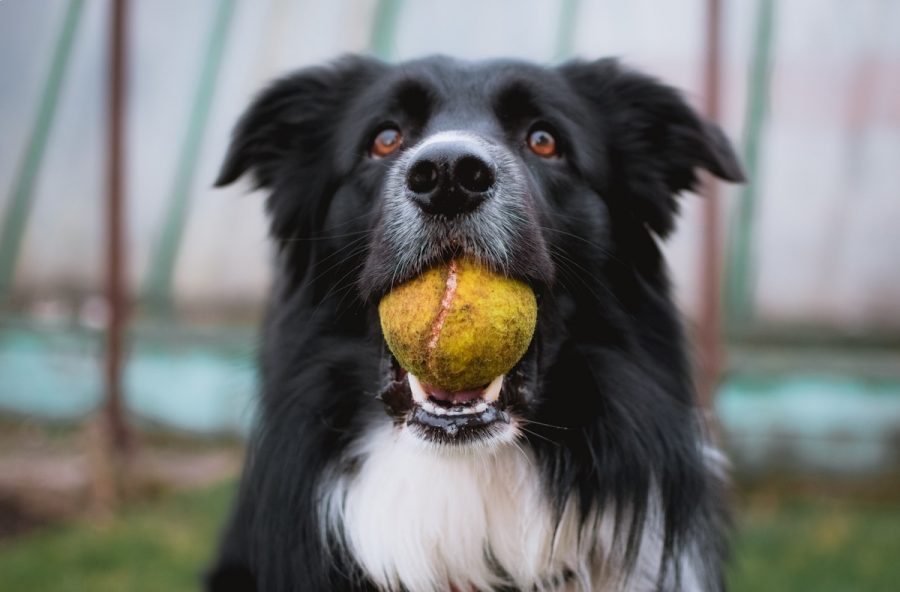 Pictured is a border collie holding his favorite toy. Peggy is a 10-year-old Norfolk collie who lost her hearing, but she defied that challenge.

According to National Geographic, the practice of herding developed around 10,000 years ago. Prehistoric hunters discovered that by controlling the animals they once pursued, like sheep and goats, they were able to have a steady supply of meat, milk and hides.

It is believed at some point around this time a wolf ancestor likely initiated contact with the first humans. This would lead the less-fearful wolves in the pack to lose their skittishness and shyness and in the years to come, they would evolve into the friendly, fun-loving domesticated pals we know today.

This human and wolf contact initiated the discovery and creation of the working dog. Herders began to realize the indispensable value of dogs and through selective breeding they managed to minimize the animals’ natural instinct to treat cattle and sheep as prey while simultaneously preserving the dogs’ hunting skills.

In essence, they selected the perfect traits and mixed them altogether into a concoction that would become the basis for a man’s best friend as well as a perfect herder.

“From managing stock to guarding stock and guarding properties…dogs can do it all,” said dog historian, behaviourist and author of “The Dogs That Made Australia,” Guy Hull.

The herding dogs helped their owner by keeping the herd together and even leading the herd through difficult terrain when necessary.

It was as if herding was instilled in the blood of these dogs, this was their purpose and their passion — besides their owner of course.

This is why it was such a tragedy when after years of working at her favorite job — sheep herding — a Norfolk collie named Peggy lost her hearing.

The working dog was no longer able to communicate and her owner decided to relinquish Peggy to the care of the Royal Society for the Prevention of Cruelty to Animals shelter nearby.

Unfortunately, the animal shelter was at capacity, leaving Peggy with nowhere to go. That is, until Chloe Shorten and her husband, who owned two sheep herding dogs already, stepped up and took her home.

The Shortens could see how melancholic Peggy was and how much she desperately missed sheep herding. Although her hearing had waned, her love for her job never did.

So, with the help of her new owners, they began the long process of teaching her how to herd, using hand signals instead of voice signals.

It was Peggy’s willingness to learn that allowed her to learn hand signals faster than the Shortens ever could have imagined.

The Shortens used positive reinforcement, repetition and the help of a sheepdog trainer, and Peggy eventually learned how to respond to hand signals instead of voice commands

Chloe Shorten said that although learning the hand signals was tough, the most difficult thing Peggy had to learn was trust.

“(It took time for her to) learn that we love her and understand our praise,” Shorten told the Good News Network.

As of today, Peggy, age 10, is semi-retired, but thanks to her GPS tracker, she is free to run with the flock of sheep whenever she desires.

After spending time with the sheep, Peggy is happy to return home to receive a well deserved “thumbs up,” which means “good girl,” and can get some doggie cuddles with her sheep dog step-siblings.