Letter to the editor: UW Saving the Planet? Not yet.

Divestment will help the planet, the people and institutions 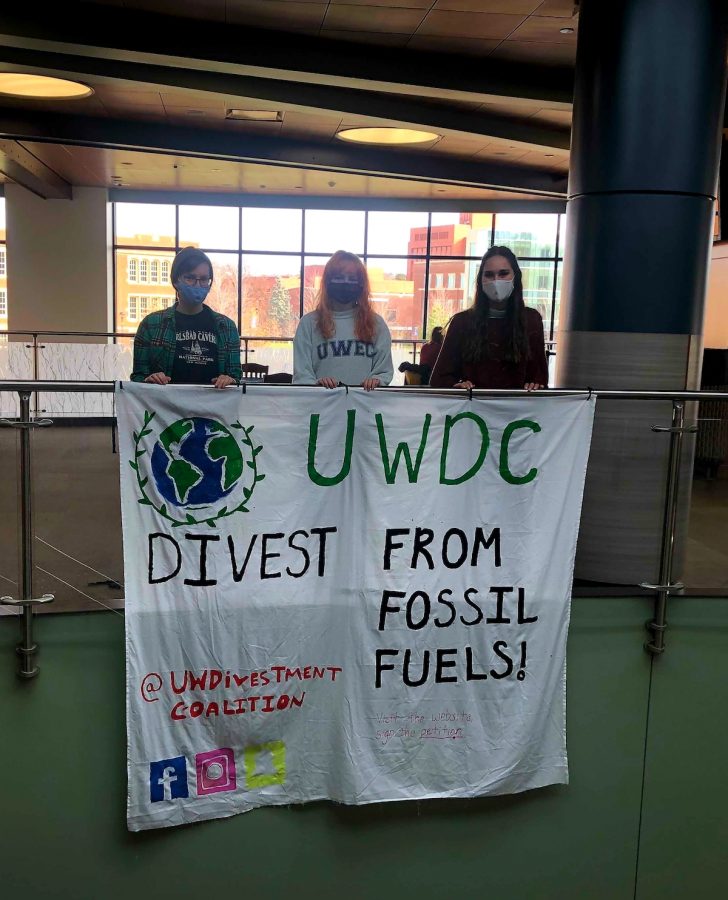 Divestment is the opposite of investment. It is the act of removing any financial investments made towards an unethical industry — in this case, from the fossil fuel industry.

The University of Wisconsin System schools seem to take pride in their commitment to sustainability and the well-being of their students, all while their respective foundations invest millions of dollars into the very industries contributing to the climate crisis.

It is undeniable the earth’s climate is changing; impacts such as extreme weather fluctuations and increased intensity of natural disasters are being seen around the world. The fossil fuel industry is directly causing climate change, putting lives at risk and polluting our planet on a daily basis.

So, how can concerned citizens hold these universities and foundations to their own standard of sustainability? To start, UW students and faculty can organize for a just divestment from fossil fuels.

Divestment is the opposite of investment. It is the act of removing any financial investments made toward an unethical industry — in this case, from the fossil fuel industry.

The fossil fuel divestment movement started gaining traction in 2010, and since then over 1,200 institutions worldwide have divested a collective total of fourteen trillion dollars.

UW-Madison students and faculty started a divestment campaign in 2015, but it was not successful due to student turnover. This time will be different because the movement is not just in Madison.

Currently, the fossil fuel divestment campaign known as the “UW-Divestment Coalition” has representation from eleven of the 13 four-year system schools and a growing group of determined, active members.

So, why divest? Divestment movements are a way for communities to rise up against the polluting companies that are causing harm to their health and livelihoods.

Scientists have high confidence the global temperatures will continue to rise up to 10 degrees greater than pre-industrial times over the next century.

We risk displacing millions of people due to rising sea levels, extreme precipitation, drought and more frequent and intense natural disasters. Not only does divestment benefit the planet and its people, but it is also financially beneficial to the institution itself.

Numerous studies have shown under current market conditions, the fossil fuel industry is an unstable, declining industry. Therefore, it is in the best interest of the university system that the foundations divest and find a more stable, growing industry to invest in.

The process of divestment also involves reinvesting the divested capital, for example, reinvesting in the clean energy sector. A just reinvestment is crucial; funds divested from fossil fuels should not be reinvested in other unethical industries. Reinvestment must be ethical, green, community-controlled and/or local.

Within the UW System, divesting would require all UW foundations to cease new investments in the fossil fuel industry and to sell all existing investments in fossil fuels, specifically those listed in the Carbon Underground Top 200 List.

UWDC asks for the support of the UW Board of Regents in requiring the UW foundations to be transparent in their endowment investments, to divest from fossil fuels within three to five years and to reinvest in companies promoting a sustainable and equitable future.

In their first nine months organizing, UWDC has passed resolutions through seven student governments and has several faculty resolutions in the works.

At the beginning of March, the UW-Madison faculty senate passed a resolution by a landslide of 149 to 13 votes, urging the UW foundation to divest.

Although public presentations have been halted by the pandemic, they have been able to do online informational presentations to get the word out about their coalition and mission.

They will continue to seek meetings with representatives from the UW Foundations and Board of Regents to gather all the information they need to turn UW divestment into a reality.

To support the movement, follow them on social media, @UWDivestment, sign their petition and spread the word about divestment.

They will not stop advocating, educating and applying public pressure until they are successful in holding the universities and foundations accountable. Divestment: for the planet and for the people!

Mari Belina, of UW-Madison, can be reached at [email protected].

Hugh Steiner, of UW-Madison, can be reached at  [email protected].

Leah Woodward can be reached at [email protected].