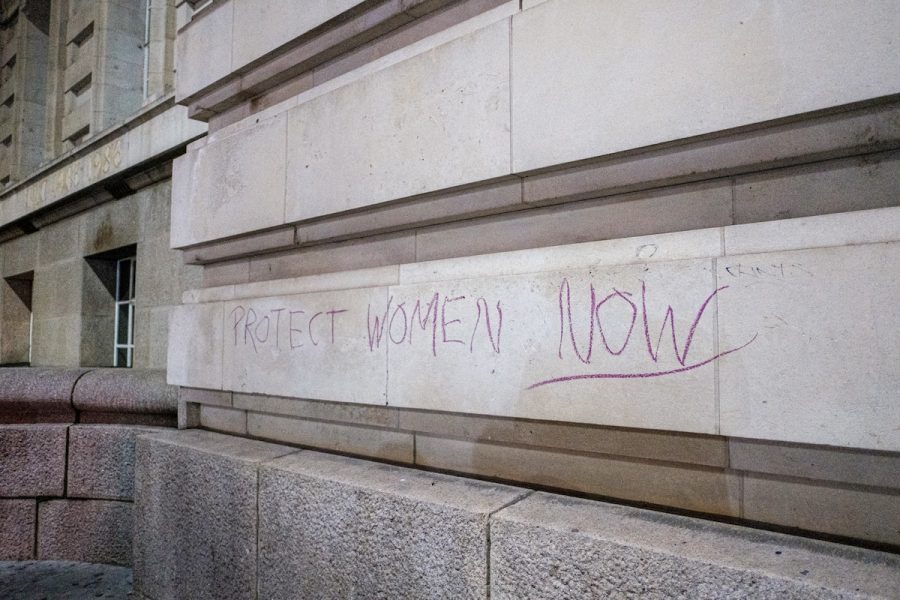 If you’ve been scrolling through TikTok recently, you’ve probably seen videos regarding “97 Percent”. This trend has been dominating social media.

The “97 Percent” trend refers to the 97% of women in the United States who have been sexually assaulted.

Women of all ages came forward and posted videos of themselves showing the outfit they wore when the assault happened.

The number one question asked after a woman is sexually assaulted is, “What were you wearing?” As if that had anything to do with what happened.

These women who came forward voiced when they became part of the 97%.

I was so young and naïve that I don’t even remember what I was wearing — it happened over a period of time, so many outfits were worn. It was my friends’ dad.

Nine years later, I joined the 97% again at 19 years old. This time I was wearing a pink long-sleeved shirt, ripped jeans and white vans. It happened on campus.

Both outfits were thrown away and both times I was asked what I was wearing when it happened.

Those two instances left me part of the 97% of women who were left broken, violated, in fear and asking if it was something they did wrong.

Every time I leave the house, I ask myself if the outfit I am wearing says something about me.

Clothing should have nothing to do with sexual assault. It shouldn’t matter what women are wearing when it happens.

No outfit is asking for it.

It’s not all men, but it’s enough. Women are uncomfortable around men, women are begged for nudes, women receive unwanted pictures or are followed while walking alone.

I live in a world where I feel unsafe walking to my car in a secured underground parking garage, shopping alone or even putting gas in my car alone.

This movement protects girls and women who are a part of the 97%. On the other hand, 97% of women are called liars and are only coming forward to get attention.

Those individuals who are calling the 97% of women liars don’t know the whole story and they weren’t there to experience it.

It happens and it happens far too often.

Women should be respected.