Are the concerns about the vaccine valid? 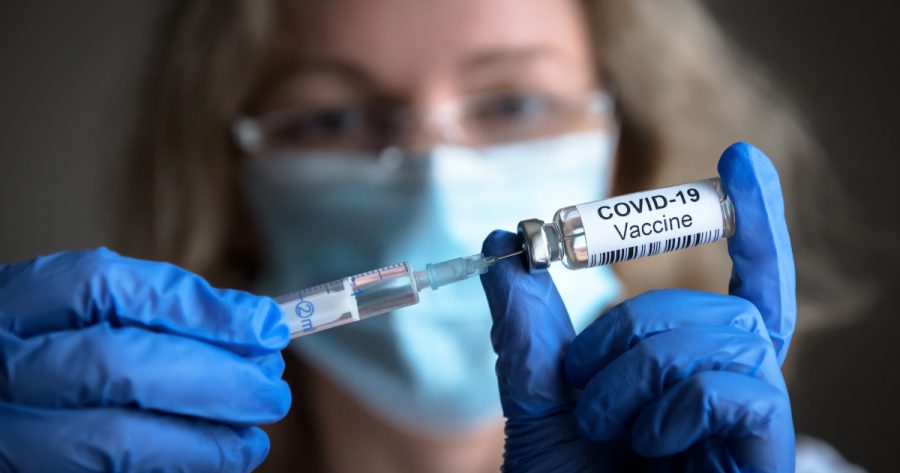 People have been hesitant to receive the COVID-19 vaccine after concerns about its quick release, questionable side effects and threats of infertility in women.

As the United States’ one-year anniversary of quarantine, mask-wearing and social distancing caused by COVID-19 quickly approaches, I’m sure everyone can agree it’s about time for all of it to be over.

Everyone would gladly go back to normal, similar to how New Zealand has been able to, rather than spend any more time in isolation.

The COVID-19 vaccines might just be the ticket to get to that point.

Since the approval of the COVID-19 vaccines across the United States, I have noticed quite a bit of debate and controversy surrounding the legitimacy of the vaccine, despite the glimmer of hope it provides.

I have overheard many conversations between people deciding to wait and see when it comes to getting the vaccine. One of their reasons is the quick development and release of the vaccine to the public.

While I can understand why the seemingly quick turn-around time for the vaccines can make someone apprehensive, it is also important to remember these vaccines are based on ones previously developed to fight other forms of COVID viruses.

According to Medical News Today, this knowledge of the different types of coronaviruses was shared between scientists around the world as soon as the pandemic hit.

Their shared knowledge helped quicken the development of this specific strain for the vaccine.

Another reason people seem to be wary when it comes to taking the vaccine is because of the reported side effects.

According to the Centers for Disease Control and Prevention, some of the vaccine side effects can include similar symptoms to the virus itself such as fevers, chills, fatigue and headaches.

The CDC states these symptoms are signs the body is fighting the viral proteins within the vaccine and are good indicators the body is building an immunity to the virus.

The last argument I’ve heard from people choosing to wait to get the vaccine assumes the vaccine could cause infertility in women.

According to WebMD, this theory originated from a German doctor who has been skeptical about the need for vaccines in the past. He asked for the production of the vaccines to be delayed because of the protein called syncytin-1, one of its ingredients.

The syncytin-1 protein has similar genetic construction as found within COVID-19, but it is also a vital component in the make-up of the placenta in most mammals.

Therefore, people are concerned this protein being in the vaccine will cause the body to fight the placenta when a woman becomes pregnant, making the woman infertile.

However, the same WebMD article states the syncytin-1 protein, while similar in both the vaccine and the make-up of the human placenta, is not an identical match. The proteins found in each are different enough that the vaccine should not cause the body to attack the placenta.

An updated study on the Pfizer vaccine indicated animal studies “do not indicate direct or indirect harmful effects to reproductive toxicity.”

While some hesitancy to get the COVID-19 vaccine is normal under the circumstances, studies show, as of now, the vaccine is completely safe despite the controversies surrounding its creation.