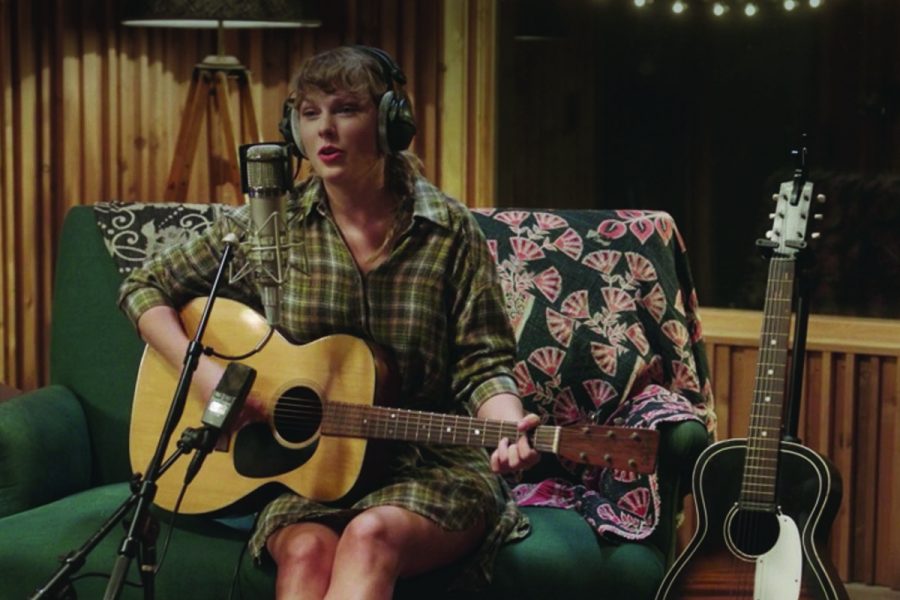 Taylor Swift is busy re-recording her old music after her contract with Scooter Braun and Big Machine Records expired in November.

When I was seven, I spent the majority of my time listening to my Taylor Swift album on repeat and singing each song to anyone who would listen.

Now, 13 years later, this really hasn’t changed as I’m still a huge Swift fan. So, when I heard Swift would be re-recording and releasing her old discography, I was ecstatic.

You may be wondering why she has to re-make music that is already out there. Essentially, the company which owned her master recordings banned her from performing songs from her old albums until her contract expired in November 2020.

The time has come and Swift said she is currently working on the re-recordings.

She recently released a clip of the new version of her song “Love Story” behind a commercial. Once I was over my initial shock, I was left to appreciate how the new version of the song is similar to the original, besides her voice being more mature.

I like that she didn’t stray too far away from the original sound. I’m hoping she keeps her country songs, country and her pop songs, pop.

I love the little bit of “Love Story” I got to hear, so I’m hoping the rest of the songs are just as good, if not better.

Swift is re-recording her first five albums which include “Taylor Swift,” “Fearless,” “Speak Now,” “Red” and “1989.” I’m excited to hear all of it, but am anticipating some songs more than others.

Here are the top songs I think you should listen to once they are released.

Swift’s debut album is the most country out of all of them and I think it will be the most interesting given that she has switched genres since it came out in 2006. I think my favorite songs of this album are “Picture to Burn” and “Mary’s Song (Oh My My My).”

These are two completely different style songs, but I am anticipating them to be better than the originals.

Swift’s second album “Fearless” has so many great songs in my opinion, but I’m most looking forward to “Fifteen” and “You Belong With Me.”

These songs are nostalgic for me as they remind me of when I saw them performed live in 2008 at the Target Center in Minneapolis, MN. I have high hopes for what she’ll do with them in 2020.

I feel like Swift’s third album is forgotten a lot and it shouldn’t be. There’s some great power ballads on “Speak Now” that I hope are just as emotionally charged now as they were then including “Dear John” and “Long Live.”

Swift’s album “Red” marked her crossover to the pop genre. I remember the singles playing non-stop on the radio. I personally hope the 2020 version includes the ten minute version of “All Too Well” and a version of “Starlight” that is just as good as the original.

“1989” is probably my favorite album of Swift’s and not because the majority of the songs are about my man Harry Styles, but because — in my opinion — there are no skips on it.

My all time favorite song of Swift’s is “You Are In Love,” so I’m most excited for the new version of that, but “Wonderland” is one to listen for as well. I can’t imagine what they are going to sound like now.

I’m stoked for all of Taylor Swift’s “new but old” music to come out.

There is no release date as of now but whenever it does come out, I can guarantee that it is all I will be listening to for the next three to five years, or until a One Direction reunion happens, whichever comes first.