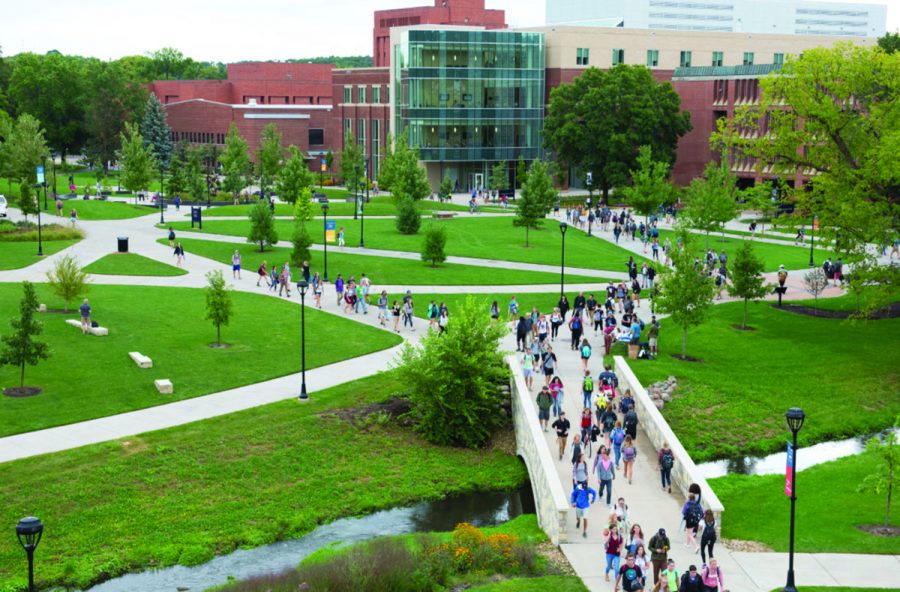 The question on everyone’s mind on the UW-Eau Claire campus recently was whether or not classes will be held online until the end of the semester after fall break.

Well, at one point Chancellor James Schmidt gave a video update to the Blugold community saying this was likely not going to happen.

Two days later, the hospitals in Eau Claire reached maximum capacity and it was announced UW-Eau Claire would be moving to remote instruction after break, despite Schmidt’s video.

I don’t think coming back in person after fall break is the right call and I don’t understand why the administration took so long to make the decision to go remote, especially considering all of the people who were advocating for it.

Schmidt said he has heard from people on campus that they learn best in person.

While this may be true, from what I’ve heard and seen on social media, people who learn best in person are the same people who also think it is risky to come back to campus after fall break.

In his video update, Schmidt also talked about how expanded antigen testing on campus is going to enable the university to reopen after fall break.

I could have the science wrong, but I think just because you test people it doesn’t mean they aren’t, or will not be, infected by COVID-19.

I don’t see how expanded testing is going to stop the infection rate. Yes, it might limit the spread of the virus, but not the rate of infection.

Many students, staff and faculty on campus have spoken out about their preference to go online after break. There were a few student-led protests regarding the matter, in fact.

Given the general consensus on campus seems to be to go online and other UW campuses are doing so after fall break, I don’t know why UWEC waited to announce going virtual.

I am glad they did though.

The administration has always said they are going to follow the science and do what the experts tell them. The Eau Claire County Health department advises against unnecessary travel.

There seems to be a contradiction here. The administration claims to go with the experts but  when the experts say to stay home and avoid travel, they turn around and tell their students to travel back to campus after fall break.

Something didn’t add up and I’m glad the administration finally realized this.

I think no good can come of going back in person after fall break. All it is going to do is put the Blugold community at unnecessary risk and most likely bring another large surge of COVID-19 infections to campus.

I don’t think we can afford this right now and I for one breathed a sigh of relief when UW-Eau Claire administration announced they changed their mind.

In my opinion, it is much safer for everyone involved to transition online for the last couple weeks of the semester. After all, it is only a few class periods we’d be missing out on anyway.

In conclusion, I am happy to see the UW-Eau Claire administration put other things aside and think solely about the health and safety of students, staff and their families.

At a time like this, I think it’s the only thing that should matter.

Nobody should have to choose between their health and their family and this is the choice I feel the administration was forcing students, including myself, to make by not going online after fall break.

The administration on this campus is finally listening to their students and going virtual after fall break. I think it is the right thing to do.