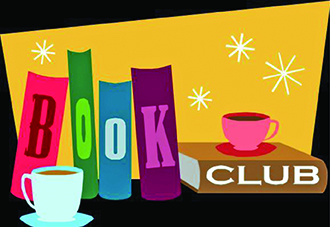 Hello everyone, welcome back to another book club and welcome to the first week of October!

October is my favorite month. Not only is it my birthday month, but it is finally when fall really kicks in.

That’s why this month I chose to read “Mr. Mercedes” by Stephen King. Stephen King is one of my favorite authors and this book has not let me down.

The book is written in third perspective and starts with a man, Augie Odenkirk, who is going to a job fair. While waiting in line to get inside the job fair we are introduced to Mr. Mercedes.

He is known as Mr. Mercedes because he drove his Mercedes over the crowd Odenkirk stood in, killing multiple people.

From here we are introduced to the main character, Mr. Hodges, who is a retired detective. Since retiring he spent most of his time watching T.V. and at one point even contemplated suicide.

Until one day, when he received a letter from our killer, Mr. Mercedes.

This was not Mr. Mercedes’ first murder; his case was actually the last case Hodges was on before he retired.

The letter mainly taunted Hodges to try to catch him. Hodges contemplated what to do with the letter. He thought about going to the news or calling his old office, but decided not to tell anyone and instead call his old partner for lunch.

At lunch Hodes asked about old cases he never got to finish, including Mr. Mercedes’.

We soon learn, the detectives only have one suspect they believe is the owner of the Mercedes: Mrs. Trelawney.

She didn’t give much information to them, other than she was sure she always locked her car and always had the key with her.

They suspect she was hiding something, but are not sure what.

We are also learn that Mr. Mercedes, whose real name is Brady, works at a computer repair shop. We don’t learn too much about him other than he is stalking Hodges.

I have been a big fan of Stephen King for a while so my enjoyment of this book is no surprise to me. This book, especially, is written in a captivating way that makes me forget what time it is (and makes me late for work).

It’s the perfect book to pick up as we are approaching Halloween. It has a steady story line that isn’t necessarily scary — at least not yet — but keeps me at the edge of my seat.

As for my recommendation for this month, I have to say another Stephen King book, “Christine.”

“Christine” is about a killer car that is possessed by a spirit who eventually kills all the enemies of the current owner of the car.

It sounds kind of ridiculous, but the killer car part doesn’t come in until later in the book. The storyline builds well and at times it is actually scary.

So, either book would be great to pick up and start for the month of October.

Come back next week for another update on “Mr. Mercedes.”