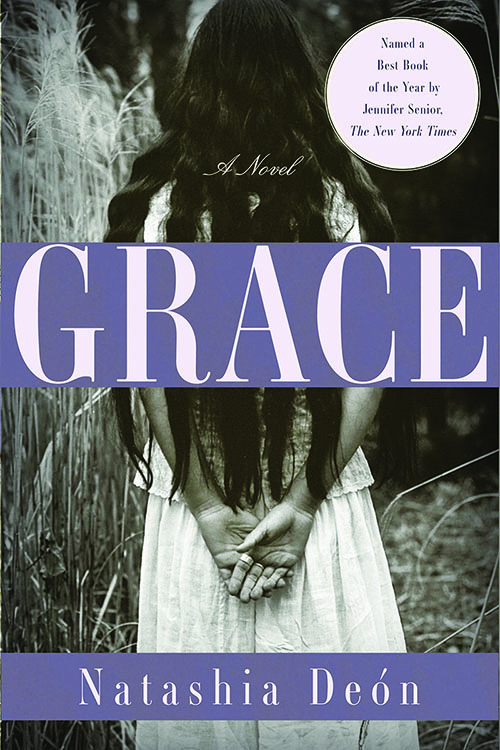 Well, the time has come. Yesterday I finished “Grace,” and I’m definitely going to miss reading this book.

The last chapter tells the end of both Naomi and Josey’s stories at the same time, instead of switching perspectives between chapters.

The ends of their stories almost parallel each other. Both characters were trying to escape their current situations — both running away from the people trying to kill them.

Naomi befriended Cynthia again as she helped Naomi stay comfortable during her pregnancy.

Naomi stayed in Cynthia’s basement until her baby came. But then three men came to Cynthia’s house looking for Naomi, after figuring out Naomi killed her master. Cynthia tried to distract them while Naomi escaped from the basement.

While escaping, Naomi started going into labor, but she kept running. This ends up actually circling back to the beginning of the book which started with her running from these men.

Josey also ran with her husband, Jackson and their two children, Rachel and Squiggy.

Josey ended up escaping with her two children, but Jackson got shot in the leg. We don’t know what happens after that.

I think the ending of “Grace” was a great way to conclude their stories. The fact they were so similar without knowing each other is an interesting parallel.

With this being the end of the story, I want to share some of my favorite quotes from the last couple of chapters.

On page 278, Naomi compares the use of suspenders to hold up pants, to world leaders needing some type of conflict to feel comfortable.

This is one of the many times this book relates to the current state of the United States. It haunts me to think that Naomi’s “new America” is still much like our current America. Still, conflict seems to control many decisions made by our world leaders.

The very last words of the book, ending Naomi’s afterlife really struck me.

“The flashes are peeling away from me like an undressing. The final piece is a blouse over my head,” Naomi said. “I’m naked. Fearing nothing. Loved.”

Naomi is describing how she is feeling as her spirit is finally put to rest. When I read this, I was happy to know that, finally, Naomi could be at peace after a life of injustice.

Overall, I cannot recommend this book highly enough. Being published in 2016, it highlights so many current issues in American society even though it tells a story from over 178 years ago.

It provides great insight to what life as a slave was really like which has scary similarities to what minority groups live with today.

I could go on and on, but it’s time to move forward.

For next month I will be reading “Mr. Mercedes” by Stephen King, which is actually a trilogy. This series is about an unlikely group who band together to try to stop a local killer known as Mr. Mercedes.

I thought this book would be perfect for October as Halloween approaches. Come back next Tuesday to see how this murder story starts.