Rumors the best boyband in the world making a comeback 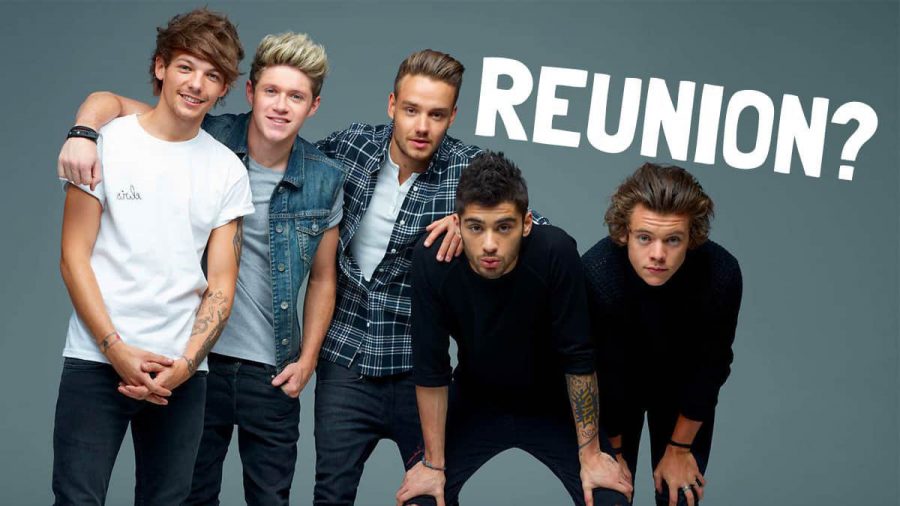 Payne has been hinting at a reunion over FaceTime or a special 10 year anniversary celebration.

You read it right — there has been talk about One Direction having a reunion in the near future. I first heard about it on Twitter from some random tweets floating around.

I have been a 1D fan since the X-factor days, so I am obviously very excited, but I understand not everyone is up-to-date. Don’t worry, I will catch you up.

Harry Styles, Liam Payne, Niall Horan, Louis Tomlinson and Zayn Malik all came to the X-factor individually with the hopes of finding success as solo performers.

But, judge Simon Cowell decided to put the five together as a band. From then on, they competed on the show together.

They didn’t win X-factor, but they gained popularity rather quickly.

This album included the songs “What Makes You Beautiful” and “One Thing,” which were radio hits.

They did this pattern of an album release, then a worldwide tour for the next three years, with the “On the Road Again” Tour being their last.

It was during this tour when Malik decided to leave the band, on Mar. 25, 2015. The remaining four members carried on without him.

Together, Styles, Payne, Tomlinson and Horan released one more album, titled “Made in the A.M.,” which is my personal favorite.

After Malik left there was definitely some drama amongst fans, the band members and other celebrities, but the wounds seem to have mended over time.

The band, as a whole, decided to take a hiatus back in January 2016. Although they promised it wouldn’t be forever and they would return, they have yet to do so. I’m still upset.

Since the break, the members have taken on solo careers which have brought them all success of varying degrees. I definitely recommend taking a look at their solo albums, starting with Harry Styles’ “Fine Line.”

The Twitter account @SiriusXMHits1 — which posts about #1 pop songs — has been sharing tweets about a potential reunion for quite some time.

On April 13, the Genius website had a page for a One Direction song titled “Five” with no lyrics, but a release date of October 5, 2020. This page has since been taken down.

Some Twitter users have also reported seeing advertisements on Youtube for the band’s “What Makes You Beautiful” music video — the band’s first hit song from 2011.

Then, last Sunday, Payne was on Instagram Live with music collaborator DJ Alesso, where he mentioned a possible reunion.

He said he had been talking to Horan about arranging a group FaceTime, confirming a group chat. This is very exciting for fans.

Since then, Payne backtracked and said a reunion probably will not be happening soon.

However, their 10 year anniversary is coming up, so the band may do something for that. It is still unclear.

I am obviously hoping for a reunion, even if it is just a virtual one. It would definitely improve my quarantine experience.