The ‘black vote’ proved a myth by Super Tuesday results 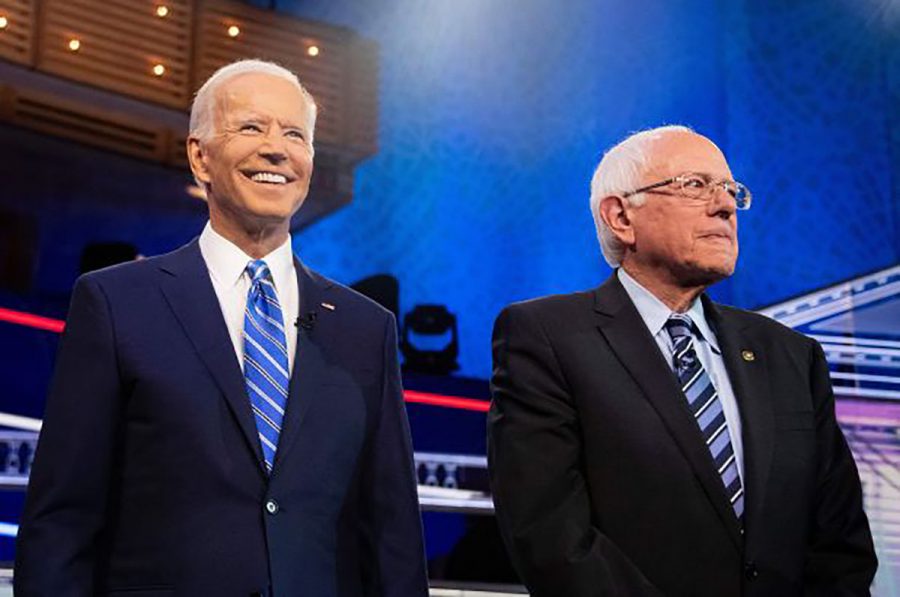 The Democratic primaries have narrowed down the two potential candidates for the presidential election: Joe Biden and Bernie Sanders.  Sanders trails by 91 delegates following Biden’s strong representation on Super Tuesday, which took place on Mar. 3.

The conversation leading up to Super Tuesday was about who could win the black vote.  In Barack Obama’s election in 2008, a big percentage of the voters were black. According to Vice, Obama won every primary in states where black people were more than 20 percent of the population.

However, it’s unfair to expect black voters to unanimously vote for a certain candidate.

The myth that black voters are a monolith in the presidential race is false. Each person has their own beliefs and values that determine their favorite candidate. People need to recognize that the black community is made up of individuals with individual beliefs.

Black voters as a majority are liberal. According to the New York Times, black voters vote Democratic candidates over Republican candidates by a margin of 90 percent to 10 percent. Therefore, their representation in the Democratic primaries is critical.

Before Super Tuesday, the support from the black community was expected to go to Sanders. Sander’s website proposes multiple policies that address racial justice, such as the disparities across race in healthcare and housing.

Surprisingly, Biden surpassed Sanders on Super Tuesday and it can be traced to  older members in the black community.

In an NPR interview with Chyrl Loid, a professor at Bowdoin College, Loid theorizes why Biden surpassed Bernie. Older black voters are thinking about the best strategy to get Trump out of office, while younger black voters want to see swift progressive changes.

“[Older black voters] are thinking about long term consequences, right?,” Loid said. “Biden seems like an individual who’s not only going to have appeal to them in terms of where they are politically, but he also would have appeal more broadly, potentially, in the Democratic electorate.”

The older black voters see Biden as someone that is progressive, but also as someone who has a better chance of beating Trump in the electoral college than Sanders.

Another factor in the split between young and old black voters is Biden’s reputation with Obama’s campaign. Older black voters are familiar with Biden because he served as Vice President for Obama. According to Vice, a poll in October recorded over 50 percent of black voters aged 45 supported Biden.

Younger black voters are specifically interested in his policies that would make welfare changes and end mass incarceration. John Della Volpe, director of polling at Harvard, recognizes why Bernie is attracting so many young voters.

“Sanders is supported by millions of young people despite the socialist label,” Della Volpe said. “He’s painting a picture of an America that is inclusive. It’s fair, it’s respectful, it’s where neighbors help neighbors.”

Although the majority of black people consistently vote for the Democratic party, it is unfair to group them all up under one candidate.

Political opinions and morals differ amongst black voters. Super Tuesday demonstrated the division between old and young black voters, and what factors are in play in the decision of which candidate to vote for.

Just like any other demographic, black voters have individuality and will vote for the candidate they believe is the best.

Ebenhoch can be reached at [email protected]