‘Sold on a Monday,’ in review

A story about the truth in journalism 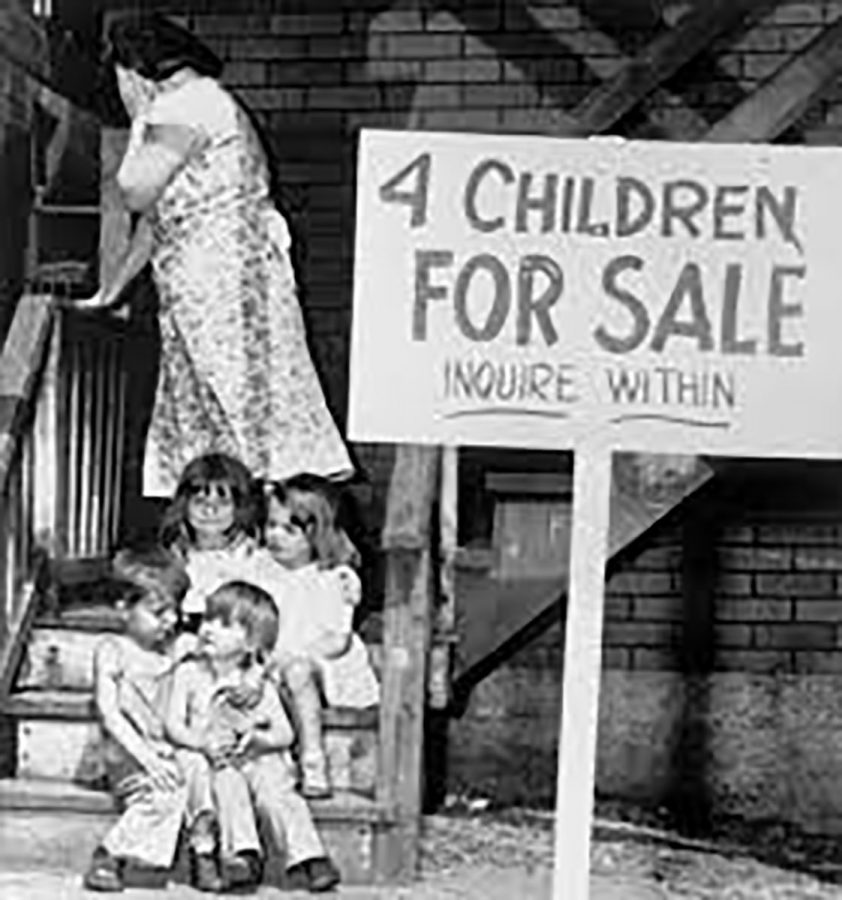 The image had first appeared in the Vidette-Messenger in 1948 with brief caption claiming to exhibit the desperation of the Chalifoux family.

Many people were out of jobs and would do anything to get by — even things like selling their own children, something Ellis Reed caught on camera in the novel “Sold on a Monday.”

Mr. Reed is an unhappy journalist for the Philadelphia Examiner. He is stuck covering stories that are boring in his eyes, when he really wants to cover the “juicy” breaking stories.

Reed comes across two boys sitting next to a sign saying “2 children for sale.” This is his breakthrough.

Lily Palmer, our other protagonist, is an unhappy secretary for the Philadelphia Examiner. She wants to write stories, but is not taken seriously because she is a woman.

When Lily accidentally stumbles upon the photo she worries about the children, as she is a mother herself.

She then decides to show it to their editor-in-chief, Mr. Trimble. Trimble asks Ellis to do a follow-up story on the children, but everything goes wrong when the original photo is destroyed in an accident.

With the original photo gone and a story due, Ellis travels back to the small Pennsylvania town where he found the boys, but finds out they were already sold.

He decides to pay this other woman in town to take a picture of her kids next to the sign, recreating the first picture and falsifying the story.

This story sparks a breakthrough for Ellis’s career, but results in major consequences later.

Kristina McMorris, the author, said the inspiration for this novel came from the picture above.

The image first appeared in the Vidette-Messenger of Valparaiso, Ind., in 1948 with a brief caption claiming to show the desperation of the Chalifoux family in Chicago.

McMorris said in her author’s note that the photo troubled her greatly. Like Lily Palmer, McMorris is a mother and she wondered what became of the children in the photo, which caused her to do some research behind it.

This led her to a 2013 follow-up article from the Times of Northwestern Indiana where some family members said it was staged.

According to the same article, within two years of the photo being taken, all the children were given away or sold. One of the children was reportedly sold for $2 so the mother could have bingo money.

Unfortunately, the children suffered through abusive homes after being given away or sold.

“I couldn’t help but wish I could go back and change those appalling events,” McMorris said. “So, while my characters are entirely fictional, it would be safe to say that the book in your hands was my attempt to give the children in the photo the loving and compassionate outcome that, in my heart, I felt they deserved.”

McMorris does a great job of developing her characters, depicting life for people of all classes in the 1930s and showing the real consequences of false journalism and fake news — a topic that is still widely discussed today.

I would recommend this book to anyone interested in journalism, family drama, sexism and a little American history.

McMorris depicts all of these themes accurately, which makes the book a great read.

GoodReads viewers gave this book a score of 3.8/5