UW basketball coach resigns after use of racial epithet

How are people being held accountable 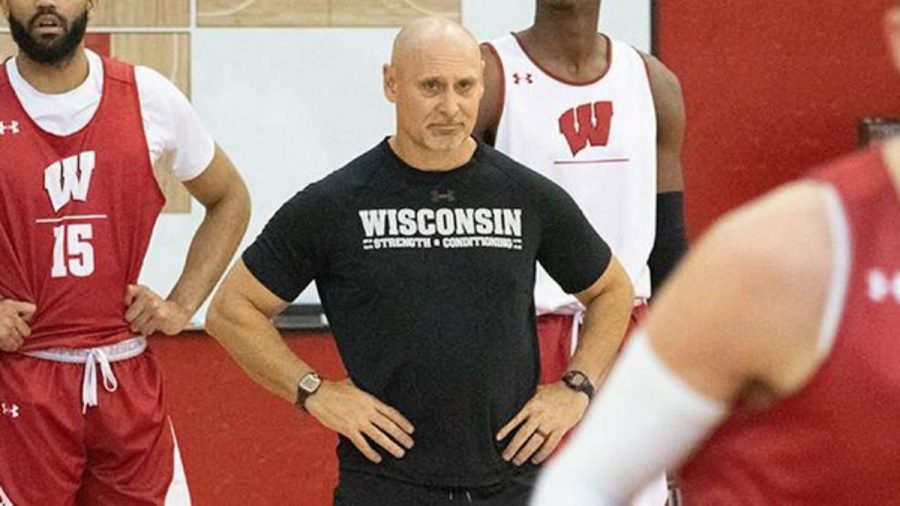 Last week, word spread that the University of Wisconsin men’s basketball strength and conditioning coach was placed on administrative leave after allegations that he used a racial slur while recounting a story.

These allegations came only days after redshirt sophomore guard Kobe King announced he was leaving the Badgers.

“There is absolutely no place in UW athletics for the type of behavior being alleged,” Justin Doherty, Wisconsin’s senior associate athletic director, who oversees the men’s basketball program, told the Milwaukee Journal Sentinel.

Isn’t there though? It seems that all we see now is racial incident after racial incident when it comes to athletics. I’m not saying this is a new thing — it isn’t. People are just being held accountable now more than ever.

It may also be that we see it more because we’re more sensitive to it — the incident with the football players last semester makes it even more tangible for us on this campus.

But this story should mean something, especially to us on this campus. Helland, who resigned from his position in light of the allegations, graduated from UW-Eau Claire in 1987.

After his graduation, Helland worked for the Chicago Bulls for 25 years before joining the staff at UW in 2015.

In a statement he gave to the Wisconsin State Journal, Helland said the slur was used when repeating someone else’s words and he “clearly stated” his disapproval of the use of the “repugnant” word.

The context, while important to the story, doesn’t completely clear Helland.

When I was younger, I would tell on my cousin when he used bad words. When I told on him, I also repeated the bad words. We both had to bite bars of soap as punishment for using bad words.

Now, I am assuming the word that Helland used was not “stupidhead,” but the sentiment still stands. If a 7-year-old girl can figure out a workaround to still get her cousin in trouble without getting herself in trouble, then a college-educated adult should be able to as well.

However, while I don’t think Helland should get off scot-free, I also don’t necessarily think that the media attention he has gotten is entirely warranted — and I understand the irony of that statement.

Helland is obviously sorry for what he said.

“I made a mistake in a moment of inattentiveness and for that I have the deepest regret,” he told the State Journal in the same statement.

But feeling sorry and making a mistake do not do a whole lot for you, especially when you’re in this level of power. However, the reports that the slur was directed at King, who left the program only days earlier, were unsubstantiated and were disputed by the university.

The slur was not, in fact, directed at nor said in the presence of King. According to the State Journal, Helland heard King may use the incident, which took place on Jan. 3, as a way to gain immediate eligibility next season after transferring — NCAA student-athletes generally have to sit out a season after transferring, but there is a waiver process for mitigating circumstances.

King did eventually mention the incident — without naming Helland — to UW staff,  “so UW could help its staff members be more informed on controversial societal issues,” according to the State Journal.

King referred to the incident as “concerning.”

From where I stand, King’s timing makes sense. He might have debated whether or not to bring it up and upon his departure, decides that it’s a now-or-never situation.

Are there ulterior motives for King and his career? Perhaps. But accountability is the greater monster here.

While Helland said he apologized to the players affected by the use of the slur, the UW staff knew nothing about the incident until weeks after the fact. That is not accountability.

While I don’t agree with the attention Helland got after some inaccurate reporting, I maintain my belief that journalists who keep people in power accountable, because it sure isn’t the institutions that are doing it.