Superintendent contradictive of his home and work life 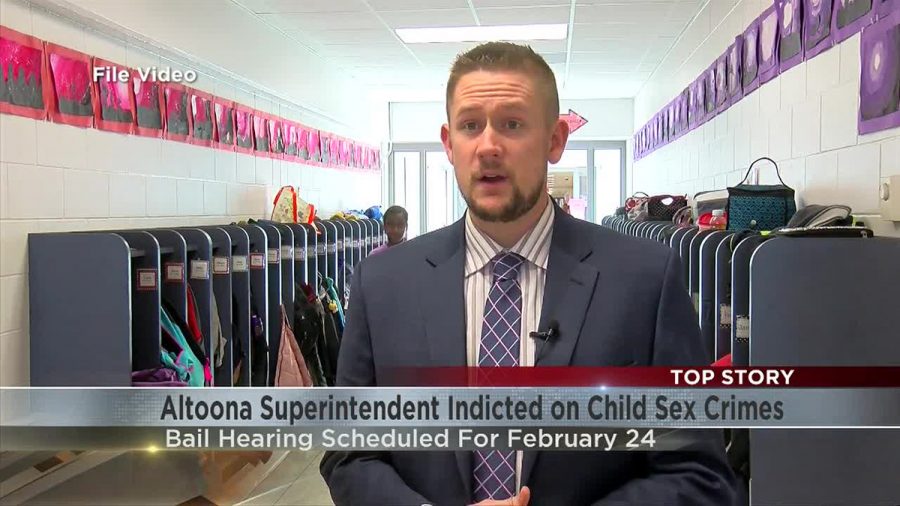 Superintendent Dan Peggs was arrested on charges of sex trafficking of a minor and production of child pornography.

The combination of teachers and child pornography is not something people typically like to think about, especially if you are a parent of a child currently attending school.

Now, I am nowhere near being a parent, so it is not something I think about often, but something in relation to this appeared on my Facebook the other day with the heading, “Altoona School Superintendent charged with sex trafficking a minor and production of child pornography.”

Because Altoona, Wis. is so close to Eau Claire, that headline gave me an uneasy feeling. I clicked on the link to the article to find a picture of the guy who allegedly committed these crimes and my first thought was, “this guy looks like a normal, middle-aged man.”

Do not let looks fool you.

This man, Dan Peggs, was later arrested and charged with the production of child pornography and sex trafficking of a minor from Oct. 2015 to May 2016, according to the article. The victim was between the ages of 14 and 18 when the alleged incidents occurred — which is seriously disgusting.

From 2017 to 2018, several reports by the Leader-Telegram state Altoona’s former superintendent, Connie Biedron, had a “top-down management style” that created an abrasive and fearful work environment, leading to many staff members resigning.

So much for Peggs mending a relationship between coworkers and the Altoona school district. He did the exact opposite.

A friend of mine sent me a message on Instagram a few days after these alleged crimes were revealed. The message showed the Instagram page of Dan Peggs’s wife which was a blog revolving around her kids.

I immediately became distraught at the sight of her page.

Almost every photo posted was of their four kids, all little girls under the age of 10. Imagine being a man who is so twisted to create four beautiful children with a beautiful woman, then be accused of allegedly trafficking a minor and creating child pornography.

Peggs’ wife, Ashley Peggs, is also part of the Altoona school district. She is a former second grade teacher and is now a stay-at-home mom of her four girls. She is also a Children’s Museum of Eau Claire Ambassador.

On her information page through the children’s museum website, quoted at the bottom she says, “I hope that I can help parents add more purposeful engagement with their children and help them see the simple things that can be done in everyday life to inspire life-long learning.”

Peggs’ wife has such a positive outlook for children and obviously has a goal to connect other parents with their children in a purposeful way, yet her husband is the exact opposite.

The worst part of this whole thing is that this man is surrounded by children in his work life and home life. This is alarming. It makes me think he is worked so long beside children that he began to form resentment against them.

Because his alleged victim is a minor, there is no way for the public to know the relation, if any, to Peggs himself. This has me wondering: why, since these crimes were all allegedly committed around four to five years ago, did he willingly decide to have children with his wife after that? Peggs has an 11-month-old daughter with his wife.

Peggs’ actions probably have a lot of people asking why and I am sure his wife can not wrap her head around the whole situation either.