What the NFL does with Super Bowl losing team’s merchandise 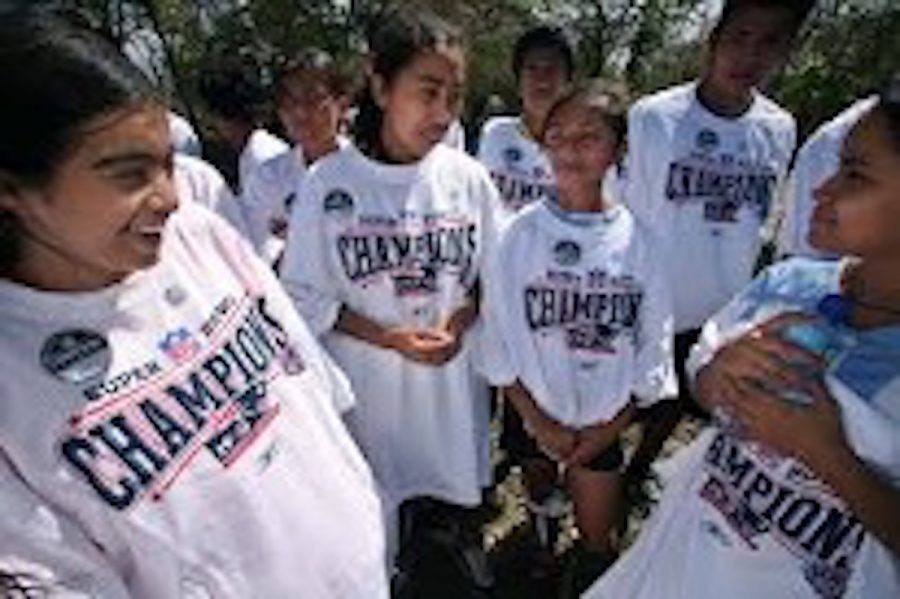 As fans of the sport know, the Super Bowl is one of the largest events held by The National Football League and is what many look forward to all season. Besides the actual game, the unique commercials and an entertaining half-time show, fans of all ages dress up to show off their team spirit on this Sunday night once a year.

Before you know it, hundreds of thousands of people will already have their championship merchandise. Decked out in the Kansas City Chiefs apparel less than a day after Super Bowl Sunday.

During this year’s game, something came to mind that I never really put much thought into. What happens to all the merchandise of the losing Super Bowl team after the game? I thought, “They can’t just throw away thousands of t-shirts and hats and whatever else they make.”

They don’t. They do something much better than I would have expected from an industry that makes over $15 billion each year from consumer spending on the Super Bowl, according to an article from Wasp Buzz.

The NFL gives it to an organization who gives it to people living in poverty in other countries.

According to an article posted by CNN, until 2015, World Vision was the organization that would take the merchandise that would otherwise go to waste and gave it to people in Zambia, Bosnia, Romania,  Nicaragua, El Salvador and many other countries.

The organization would sort it according to the needs of the country; places with a colder climate got sweatshirts and warmer climates received t-shirts.

The organization which currently distributes the apparel is Good360 and it has distributed $9 billion of needed goods in total.

Just last year, the organization distributed $330 million in goods, according to CNN.

After Super Bowl XLIV, the apparel of losing team, Arizona Cardinals, was given to children and families in El Salvador, according to an article posted by Mental Floss. In 2010, the defeated Indianapolis Colts gear was sent to earthquake-ravaged Haiti.

Over the years, this merchandise has provided people with clothing to wear and it’s not commonly known by the public. One would think something this great would be a good thing for the NFL to talk about.

It turns out there is a reason the public doesn’t know much about this apparel that is sent off to help people in need.

Good360 chief development officer Shari Rudolph told CNN that the non-profit takes “every step possible to mitigate the risk of these items finding their way back into the US,’” according to CNN. I guess this makes sense too; since the team did not win, it should not be seen as a champion of a game they lost.

It is still hard for me to believe something so good for the image of the NFL is not broadcasted. Either way, it is great to know the NFL has partnered with organizations that not only help a lot of people, but made a sustainable decision.

In this process, there could be a lot of wasted materials. Instead, this merchandise is used to help people who are in situations where clothing is beneficial to their livelihood.

This charitable donation makes being a supporter of this event and industry feel more wholesome than just a game where a bunch of guys tackle each other. It gains another community aspect that goes beyond the sport itself.

I can only hope more industries with this much attention and influence choose to do something a little more sustainable that helps others out at the same time.