#BroomstickChallenge educates social media on physics and center of gravity 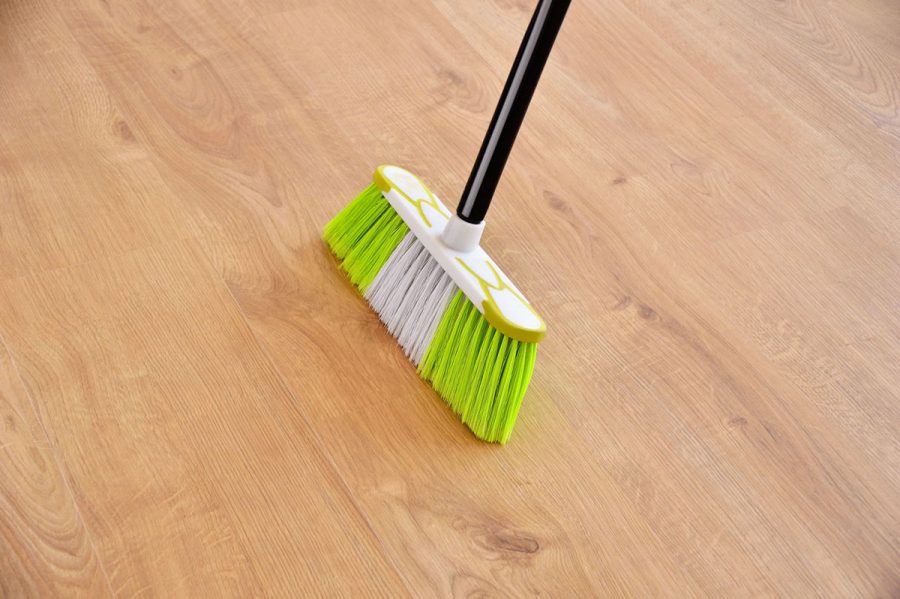 The #BroomstickChallenge was first seen on Monday, Feb. 10. Through a viral tweet. The trend arose from NASA claims of it being the only day out of the year for a broom to stand completely upright.

The internet is back again with another challenge that has evidently “swept” across social media.

On Monday, Feb. 10., The #BroomstickChallenge created a stir from social media users, who claimed it was the only day out of the year for a broom to stand completely upright, because of the Earth’s gravitational pull.

The challenge originally surfaced through a viral tweet, where users said NASA had released confirmations of the #BroomstickChallenge.

“NASA said today was the only day a broom can stand up on its own because of the gravitational pull…I didn’t believe it at first but OMG!,” according to Twitter.

It seemed as if every student around me was in search of a broom to test the challenge in their dorm hall, apartment or even the Davies center.

The trend was instantly highlighted on a variety of social media platforms.

As it reached Instagram, Snapchat and even older audiences on Facebook, the challenge showcased a widespread belief of this scientific phenomenon.

Whether it involves science or a cute puppy, challenges similar to this one are a perfect example of the power social media and the internet can have over society. One idea can take the nation by storm within 24 hours.

However, there is more to this challenge than its original sweeping gesture.

NASA later released its own response to the challenge on Tuesday, Feb. 11.

Astronaut Alvin Drew and scientist Sarah Noble accomplishing the challenge and showcased the physics trick will work on any day of the year, according to Twitter.

The #BroomstickChallenge debunked, plain and simple.

Again, I love the power this challenge can have towards the emphasis of the scientific world. Regardless, the information being spread on the internet is not always confirmed.

This trend is a perfect example of a nationwide game of “telephone” where one person’s belief can become invalid in a matter of minutes while online.

Yet, the truth being released did not stop people from all over the nation from trying the challenge themselves.

In a comedic way, NASA utilized this opportunity to give a simple lesson on the concept of gravity and how it affects the world around us.

“There’s no special gravity that only affects brooms, but the Moon’s gravity creates tides on Earth,” according to @NASAEarth on Twitter.

As someone who’s world constantly revolves around the internet, this is often where I find the majority of information or news.

To utilize outlets like Twitter in this way is a testament to the power social media can have on a community, whether small or large.

It is encouraging to see the scientific community, which is often considered as a more professional voice, rely on an informal approach to educate the masses.

Other scientists have come forward on the trend to explain how the center of gravity is lower on a broom, as it rests directly above the bristles.

“If you can get the bristles positioned like a tripod, your broom will stand upright any day of the year,” according to CNN.

Other visuals have been uploaded to explain this concept further, according to CNN.

According to BBC, other reputable figures in the media have come forward with their own thoughts on the popularity of this myth.

Cory Smith, a Los Angeles based meteorologist released his own statements on the discouragement this trend reflects on society.

“It still makes for a fun and easy social media challenge and a nice little experiment to talk about physics and the centre of gravity,” Smith said to BBC.

Whether you tried the challenge for yourself or not, this can serve as another example of the power media outlets can have on a community.

Now that the scientific community has swept up all of the misinformation, the #BroomstickChallenge can be a great opportunity to learn something new about the world in which we live.