‘Last Christmas’ is not the rom-com you’re expecting

Despite the cheerful themes portrayed, audiences witness an ending they don’t anticipate 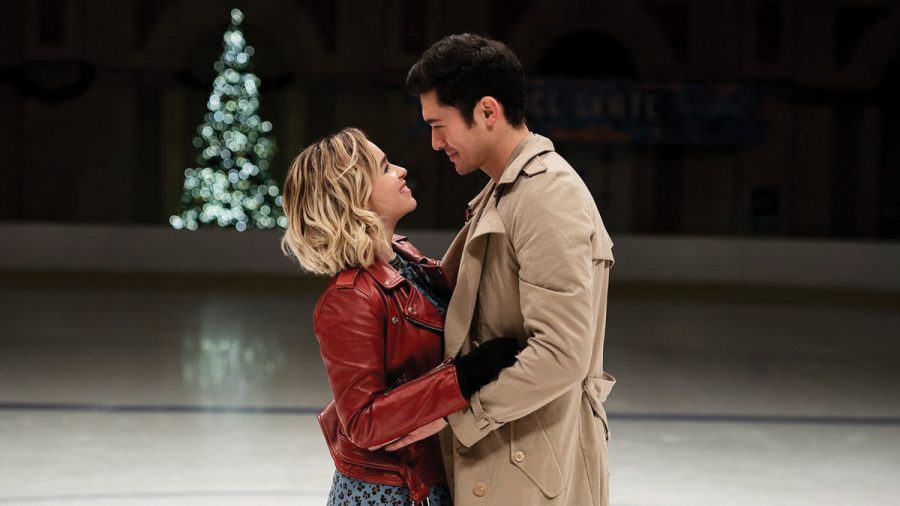 Emilia Clarke and Henry Golding pose in a scene of the film "Last Christmas."

(Disclaimer: This review contains spoilers of the film ‘Last Christmas’)

The trailer for the film “Last Christmas” depicts glimpses of a girl who consistently has bad luck.

Before seeing the film, I had gathered that Kate  —who is played by Emilia Clarke — is perpetually stuck, spending her time drinking, avoiding her family and friends and working as an elf at a year-round Christmas store.

Later, when I saw the movie, I learned that Kate had been a talented singer as a young girl growing up in Yugoslavia, but decades later after her family moved to the U.K., she became ill on Christmas day and required a heart transplant.

A year had passed since the transplant, which is when the movie takes place, but Kate hasn’t felt the same since.

With the mysterious appearance of Tom — who is played by Henry Golding — outside the Christmas store one day while Kate is working, I assumed the movie would be a love story — comedic at times, but ultimately about how one can help another become a better person.

Looking at the cast alone, I was hopeful about “Last Christmas.” I knew Golding from “Crazy Rich Asians” and Clarke from “Me Before You” and “Game of Thrones,” so I expected to see a film that reflected the admirable work I had previously seen these actors in.

While it was by no means a horrible movie, “Last Christmas” was not what I expected or wanted to see as a viewer who was looking forward to watching a cheerful, Christmas-themed romantic comedy.

Tom only makes a handful of appearances in the film and most of Kate’s interactions with him are so brief that audiences, and even Kate barely gets to know him.

As a review of “Last Christmas” by the Rolling Stone said, Tom is a character that indeed “forces (Kate) to be nicer to people, and to herself,” but he takes off “at inopportune moments” or “disappear(s) altogether.”

However, my initial predictions for the film proved true when Kate does start to become a better person by beginning to reconcile with her family and volunteer at the local homeless shelter.

There still seemed to be something quite curious to me about Tom’s frequent disappearances, but what the Rolling Stone review refers to as the “climatic curveball” of the movie was a fleeting thought that had crossed my mind while watching, but I hadn’t wanted it to be true.

Kate and the audience alike discover that last Christmas, when she had her heart transplant, it was Tom’s heart she received after he died in a bicycle accident. In every moment Kate had seen Tom throughout the movie, it was really his ghost.

The movie’s title is a reference to the song “Last Christmas” by Wham!, and it’s the first lyrics of the song that explain this climax:

“Last Christmas, I gave you my heart.”

Despite New York Post’s critique that the film took George Michael’s “‘Last Christmas’ lyrics a tad too literally,” I thought the literal application of the song to the plot was admirable and creative.

But it was heartbreaking to realize that, as an audience member, the romance I expected and hoped for between Kate and Tom was impossibly improbable and would never be.

I will admit, there were many times where I laughed — the comedy aspect of the movie did shine through.

The one-star ratings from The Guardian, Rolling Stone and New York Post are slightly harsh, in my opinion, but I don’t think they should be ignored if you were expecting a cheerful film and an ending where Kate and Tom ended up together.