Whether the weather should worry us

How the changing times and tides affects our lives 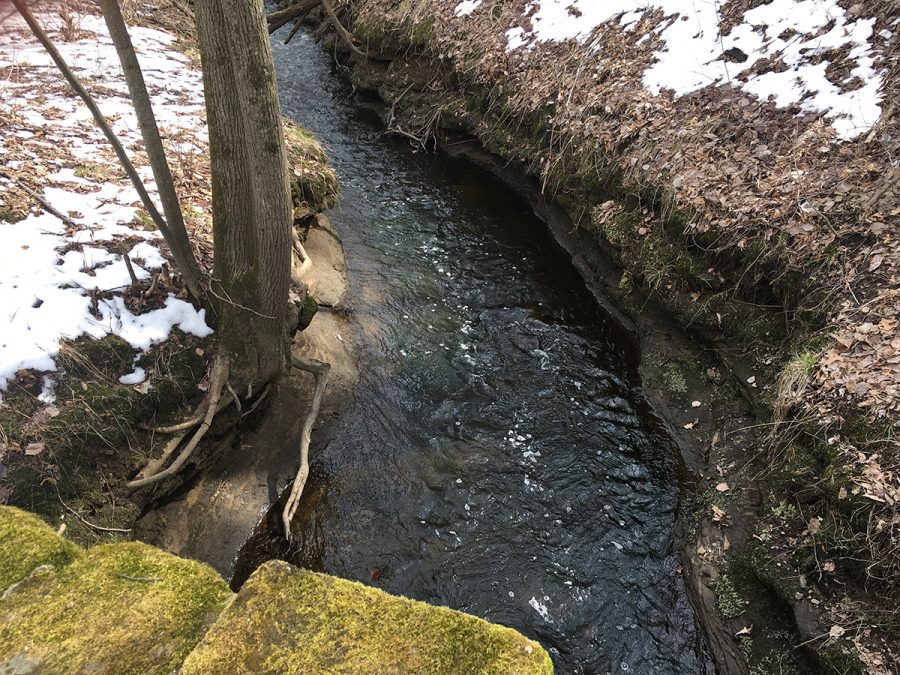 Little Niagara, higher than normal after the snow melt in the spring of 2019.

A crack of lightning here, a dash of rainswept road there and then disaster strikes.

Power lines go down, tree branches litter the streets, sidewalks and yards, and you’re left in your apartment with water streaming from holes in your roof you didn’t see when you first moved in. To top off the matter, your landlord is out of town and the emergency contact information he gave you isn’t working and the water is rising pretty quick in your basement.

Looks like you’re going to be stuck there for a while.

This fall has seen several terrible storms — which few have been prepared for — rip through Eau Claire county, causing destruction some can’t afford to fix.

Over the course of 66 years, Eau Claire county has only ever experienced 19 tornadoes, according to the Tornado History Project. Of those 19 tornadoes, the vast majority were a two on the Fujita scale, which measures the capability and destructive power of tornadoes.

The tornado that hit Elkmound and Wheaton Tuesday, Sept. 25 was classified as an F3. F3 is often categorized by its capability to inflict severe damage and its ability to tear roofs and walls off well constructed houses.

While tornadoes are destructive and dangerous, they’re rather rare for the area. We don’t, after all, live in tornado alley which is an area in the southern plains that experiences many, high velocity tornadoes each year. However, this area does not have distinct boundaries and could be moving, according to NOAA National Centers for Environmental Information.

The greatest threat to us in the Chippewa Valley is flooding. With the Chippewa river flowing right through campus, this comes as no surprise to anyone.

With heavy rainfall and the large amount of snow we get, the river is well known to crest its banks several times a year. Usually, the flooding doesn’t get too bad.

In 1884, a 27-foot flood rampaged through Eau Claire, taking away houses and tearing down bridges that got in its way, according to the Wisconsin Historical Society.

Last year, after the brutal winter experienced by midwesterners, the Chippewa River flooded again. This wasn’t as bad as 1884, but returning students can attest to how close it got to the Haas Fine Arts building.

As the snow melted, the river grew. Rain and more snow only added to it.

Due to the flooding, many parks, roads and businesses suffered. Lighting that was set up along the river was cut off for fear of electrocution or hurting the power grid. Many houses took a beating with water seeping into their basements. Flood warnings were issued throughout the county that lasted weeks. Luckily, no one drowned.

It’s not unusual for rivers to wane and grow throughout a week or even within a day, especially if there is any rainfall up river. Every inch of liquid that isn’t absorbed by the ground has a tendency to roll downhill forming streams and eddies. Those then feed into larger rivers or lakes, causing the water to rise.

People must start preparing for the years to come. As flooding and weather patterns seem to get thrown off, and as the climate continues to change more rapidly, we must be ready for whatever comes.

With the rest of this week as well as next being full of possible thunderstorms, remember one thing: be safe as the river rises.