Has a line been crossed? 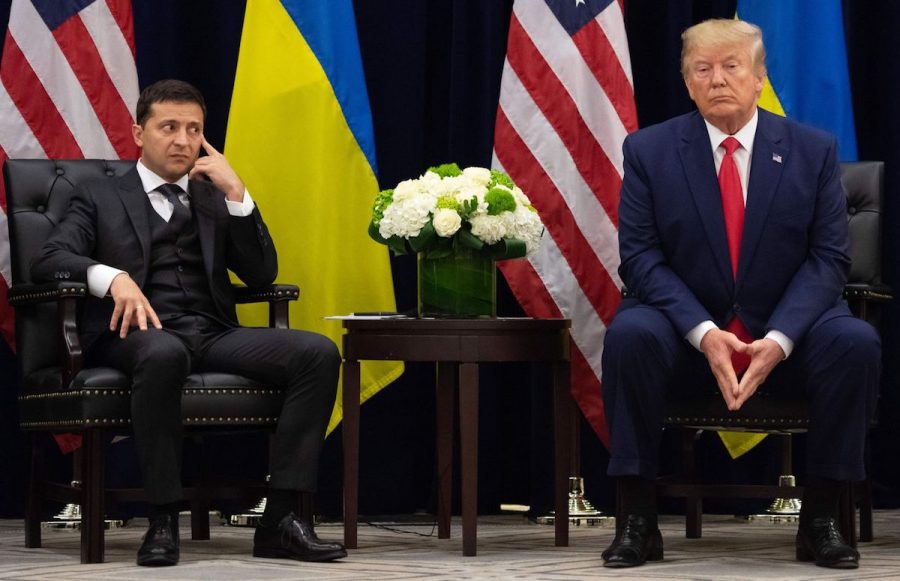 On July 25, President Donald J. Trump made a phone call. You know the one.

During this infamous phone call, Trump asked Ukranian President Volodymyr Zelenskiy to help him dig up information on presidential candidate Joe Biden’s son, according to the Associated Press.

Sometime between July 25 and August 12, an unidentified CIA officer filed a complaint accusing the president of misconduct in relation to this phone call, according to the Associated Press.

“In the course of my official duties, I have received information from multiple U.S. Government officials that the President of the United States is using the power of his office to solicit interference from a foreign country in the 2020 U.S. election,” the complaint said.

This certainly isn’t the first time we’ve heard an accusation like that.

According to the Associated Press, the White House announced on Sept. 11 that it would be releasing $250 million in military aid to Ukraine. As news of the whistleblower complaint began to spread, Trump addressed the accusation publically for the first time via Twitter on Sept. 19.

“Knowing all of this, is anybody dumb enough to believe that I would say something inappropriate with a foreign leader while on such a potentially ‘heavily populated’ phone call,” he wrote. “I would only do what is right anyway, and only do good for the USA!”

In a delicious twist of irony atop Trump’s childish ramblings and bullying words, a rough transcript of the phone call released by the White House on Sept. 25 did indeed prove that Trump “pushed Ukraine’s leader to work with (Rudy) Giuliani (Trump’s lawyer) and Attorney General William Barr to investigate Biden and his son,” the Associated Press said.

On Oct. 6, a second whistleblower came forth to confirm the first report, the Associated Press said. Presidential impeachment inquiries have begun to surface.

On top of all this, I would just like to point out one thing I believe really puts this whole situation into perspective.

In the whistleblower report, it was stated that — following Trump’s phone call with Ukraine — White House officials moved the call transcript onto a “secure, classified system in order to conceal actions by Mr. Trump that officials in his administration found ‘deeply disturbing,’” said The New York Times.

He had official White House records moved onto a secret server.

This is The Boy Who Cried “Emails” throughout his entire presidential campaign against Hillary Clinton. The hypocrisy is palpable.

He can deny it all he wants, or seek out pity on Twitter, but evidence doesn’t get much stronger than official White House documentation.

Trump asked a foreign power to help him gain footing in the 2020 presidential election. Many accused him of the same thing before, when it was alleged that Russia interfered with the 2016 elections.

After a disturbing track record of accusations of sexual assaults, suspicions of treason and questions of mental stability, Trump’s standing as president seems to have reached an all-time low. Just in time for re-elections.

Trump does not deserve to be in such a prominent position of power. There’s this expression that really bothers me: People with hearts vote Democratic, but people with brains vote Republican.

Maybe there’s some truth to that. But I don’t think it’s brainpower that led to the presidential rise of Donald J. Trump.

Fuerstenberg can be reached at [email protected].