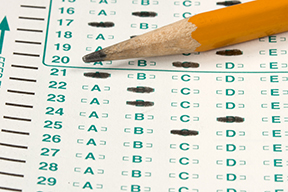 When talking about the college admissions scam, it is important to note that the effects of this scam run much deeper than those being charged.

Many people stressed out when it came time to take the ACT, as it so often determines which colleges students gain acceptance to and can directly impact their futures. However, there are those currently attending elite universities that did not earn their spots, but paid their ways in.

A recent college admissions scandal sheds light on the broken status of the United States’ education system. According to The New York Times, this scam started in 2011, stopping this year when the court case was announced in March.

William Rick Singer was the one in charge of the whole operation, according to CNN. There were two ways the system worked; either test administers were bribed to allow students to cheat on their SAT or ACT, or college coaches were bribed to recommend a student be recruited to their team even though those students weren’t athletes.

The system ran deep in order to cover their tracks. Singer created a nonprofit called The Key as a front to the operation. The Key’s nonprofit status allowed parents to pay large amounts of money to Singer without federal taxes and from there Singer distributed the money to the people he was bribing.

One thing that has been made most apparent through this scam is just what lengths people will go to, to get into these elite schools. Some of the people charged, like actress Lori Loughlin, are said to have paid upwards of $500,000 in bribes for their children.

According to CNN, “A group of parents and college students who were rejected from the schools filed a federal lawsuit against them, saying they would not have wasted their time and money applying had they known the process was ‘warped and rigged by fraud.’”

I can’t say I agree with that lawsuit since it seems many of the schools had no idea this was happening and are taking action to prevent it from happening in the future. Nonetheless, it is important to note that the effects of this scam run much deeper than just those being charged.

Another thing this scam did was discredit many major universities. Now, that doesn’t mean a degree from Yale is suddenly worthless, but it certainly raises questions about the institution as a whole and may leave a negative mark on anyone with a diploma from that school as graduates could be questioned on how they were able to get into that school.

Again, I think speculations like that may be a bit of a stretch, but in this day and age, I wouldn’t be surprised if employers were to question such things.

To counter this attitude, all the schools who have been identified as having been affected in the scam have taken quick action in putting coaches on leave or firing them as well as dismissing students who are currently enrolled due to their fraudulent test scores and even revoking diplomas that have previously been given to students under these conditions.

I think it’s great that this scam was finally brought to justice and everyone involved, so far, seems to be being charged with what they deserve. However, this scam went unnoticed for 8 years, meaning it’s possible there are other scams such as this happening right under our noses.

It sucks to see how students’ futures depend so highly on what school they attend or what score they received on standardized tests to the point that people are going to such great lengths to sneak their way in.

It’s clear that something in the system is broken and I’m not sure anyone is making an effort to fix it.